Slow but steady progress is being made on the essential drug.

When it comes to birth control, the responsibility has mostly been unfairly placed on women for whom a variety of contraceptive methods have been developed. In the past, a male equivalent of ‘the pill’ has been difficult to manufacture due to the challenge of suppressing testosterone to low enough levels to avoid active sperm without the side effects of low hormone levels.

SEE ALSO: NIH TO EVALUATE MALE CONTRACEPTIVE GEL THAT IS AS EASY TO USE AS SUNSCREEN

Other research has attempted to do the same thing but in topical form. New research has now evaluated an oral contraceptive for men that could pave the way for a new type of safe sex. The new drug has just been evaluated for safety, but still needs to go through effectiveness testing.

The drug is currently known as 11-beta-MTDC which will obviously morph into something snappier if it ever hits the shelves. The results of the research so far were presented on Monday at the annual meeting of the Endocrine Society.

To test the drug 40 healthy men, ages 18 to 50 were given the pill in addition to 10 who received a placebo. Despite the drug seriously lowering the men's testosterone, the research papers abstract says that none of the men suffered “serious adverse events".

A small number recorded fatigue, headache, acne, decreased libido and mild erectile dysfunction, but such side effects are common in women who take popular oral contraceptive drugs too. The drug works by sending a signal to the brain to tell it that testosterone levels are fine, the body then significantly slows the production of sperm.

The drug reportedly mimics the effects of testosterone in other parts of the body which is how it can avoid serious side effects. Despite its promising outlook, much more research is needed to be done before the drug's creators can say for certain the drug will be an effective way to stop pregnancy.

Dr. Christina Wang, associate director of the Clinical and Translational Science Institute at the Los Angeles Biomedical Research Institute has estimated we are at least a decade away from a male oral contraceptive being on the market. The drug, when it finally arrives, will allow men to take more responsibility for birth control and take a greater role in family planning. 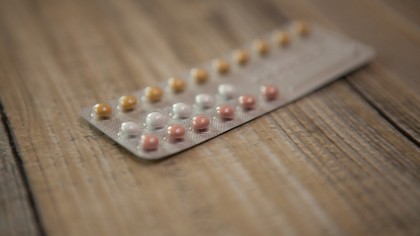 This is particularly important for couples were the woman is unable to use hormonal contraceptive methods. Researchers from population Council and NIH Eunice Kennedy Shriver National Institute of Child Health and Human Development (NICHD) who are developing a topical male contraceptive stressed this importance.

The common forms of birth control options for women are the pill, a vaginal ring, IUDs, an arm implant, injections, and more. Many of these options have long-term health risks, are painful, expensive and require constant monitoring.