Amphibious cars have been around for a while now, but they are often quite expensive and require quite a bit of maintenance. This usually means that they are out of reach of the everyday man, but one man decided to just build his own. An amphibious car is one that can both drive on the road and sail on the water. Bert Sandlin created an admittedly rather odd looking car that can cruise at 40 mph on the water featuring retracting wheels and air suspension. Check it out in the video below.

The amphibious car is powered by a small block Chevy engine that gives it plenty of power on the road. When Bert wants to go boating, he simply drives the car into the water, retracts the wheels, and turns on the outboard engine attached on the back. The car is quite large, featuring 3 rows of seats, enough to fit 7 passengers. You could have quite the party out on the water, or even on the road. 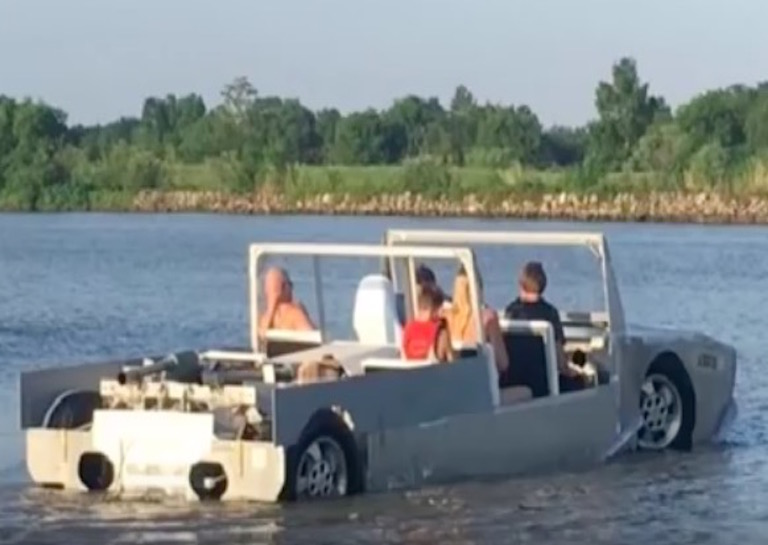 While the ability to lift the tires was originally designed for when the car is in the water, it also allows Burt to change all for tires on land without needing a jack. The amphibious car certainly looks homemade, but it is nonetheless impressive what the man has made. While this man's amphibious vehicle likely cost him quite the investment, it goes to show that pretty much anyone with enough dedication can build their own amphibious vehicle.