Before the advent of modern technology, creating many facets of life took some incredible skill and creativity. Primitive Technology on YouTube has made a living creating huts and other stone age technologies. Watching his level of craftsmanship and skill is impressive, and now he has created a forge and bellows out of materials he found. He is building himself quite the house in the woods, check out the build process in the video below.

The bellows that Primitive Technologies has made are by far the most impressive aspect of the video. He uses a split piece of wood to attach 2 blades to generate wind when spun. In his area, he is apparently able to find a decent amount of clay, from which he creates most of the forms of the bellows and forge. After he completes the forge, he is also able to find some metals around the area that he refines in the forge. Given this discovery, his next video may very well be that of primitive metallurgy. It is amazing to think that people were able to create such complex things from only a little dirt and sticks. It really makes you want to go out and start living in the woods. 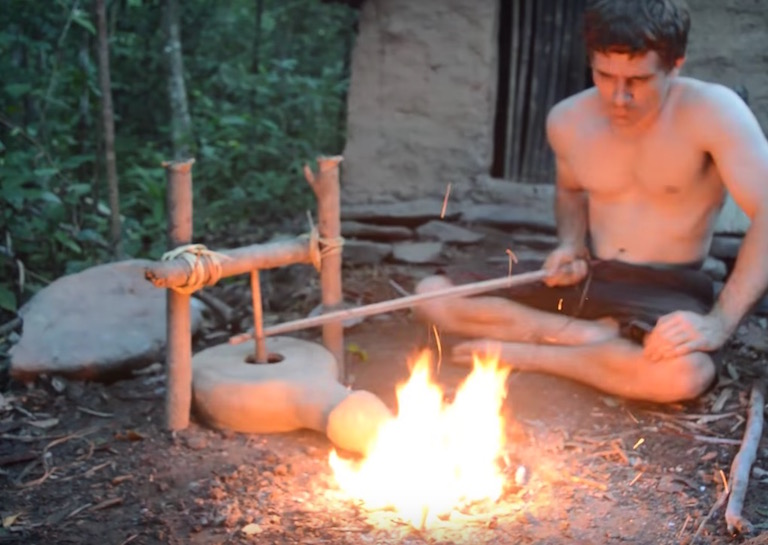