A man surprised physicians when he started snoring right before his autopsy. He suffered from catalepsy, a kind of seizure that makes your muscles seize, your heart slow, and your breathing almost stop.

29-year-old Gonzalo Montoya Jiménez was found dead in his cell in Asturias Central Penitentiary, where he was serving time for armed robbery. Three separate doctors confirmed that his vital signs all indicated that he was dead and his lifeless body was transferred to the morgue. Doctors performing the autopsy were surprised to hear snoring coming from the dead body -- a strange thing dead bodies don't normally do -- and upon further investigation discovered that the man was not dead, he was just taking a very serious nap.

The man suffered a kind of seizure that causes the entire body to go rigid and mimics the signs of rigor mortis. The seizures do such a good job of imitating death, in fact, that it fooled three trained doctors. The condition is called catalepsy, and it can be caused by a number of nervous system disorders, and Jiménez suffers from epilepsy, one of the leading causes. It leads to unconsciousness and severely reduced sensitivity to external stimuli and pain, which explains why Jiménez didn't wake up when people were dragging his body around and freezing it. It also causes heart rate and breathing to slow to an almost standstill, making it the perfect condition to try to instigate if you want to appear very dead without actually dying. 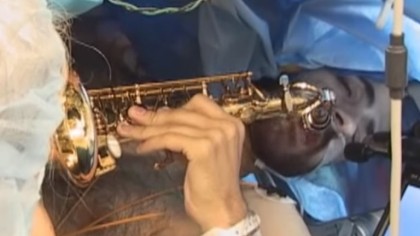 Jiménez is lucky that he started to exhibit signs of life because autopsies are probably very bad for the health of living people. Though, odds are very good that the doctors would notice that he was alive -- at the very latest -- when they cut open his skin and blood started to rush out. Needless to say, the autopsy was canceled. He was taken to the hospital and recovered enough to speak, at which point he asked for his wife.

Physicians mistakenly declaring someone dead because they have a condition that makes their skin cold and their muscles freeze up is more common than you would expect. Waking up in a morgue is definitely a bigger surprise than reading your own obituary in the newspaper, but clerical errors cause thousands of cases of death declarations for living people every year.

In fact, this phenomenon is actually terrifyingly common. Shows like CSI and Law and Order have played around with this scenario, discovering that their murder victims are still alive after medical incisions have been made or just randomly waking up in the cold boxes in the morgue.&nbspUnexpectedly waking up near a doctor is a very bad experience, whether it happened because you got into an accident, your anesthetic wore off, or because somebody who doesn't know how to find a pulse was responsible for checking whether you were alive or not.