Man Gets Starry Eyed After Being Electrocuted

A man has been left with stars in his eyes after suffering electrocution at work. The 42 year old man struck his shoulder on 14 000 volts, enough to normally kill a human. However, the unnamed man only went to get himself checked out one month later complaining of blurred vision and this is when doctors noticed the star shaped patterns in his eyes. 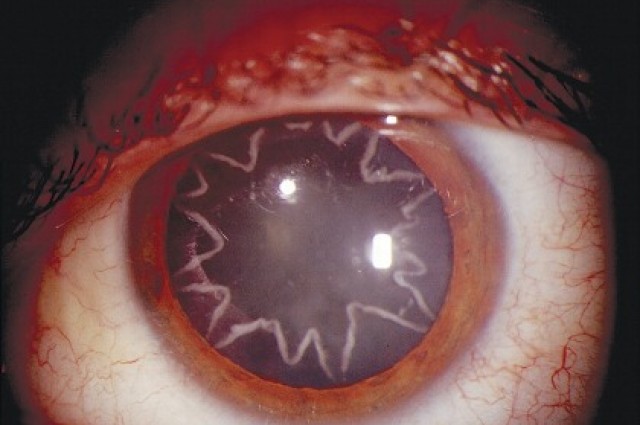 The electric shock passed through the man's optic nerve and left star shaped cataracts in his eyes. 1 month later he sought medical attention after his vision became blurry and 3 months after the incident he underwent surgery to remove the cataracts. Normally, surgery is enough to restore sight lost to cataracts, however he took too much damage to his retina and optic nerve and is classed legally as blind - he can however, still use public transport and read independently but his vision is severely impaired.

“The optic nerve is similar to any wire that conducts electricity. In this case, the extreme current and voltage that passed through this important natural wire caused damage to the optic nerve itself,” said Dr. Bobby Korn, an associate professor of clinical ophthalmology at the University of California San Diego. 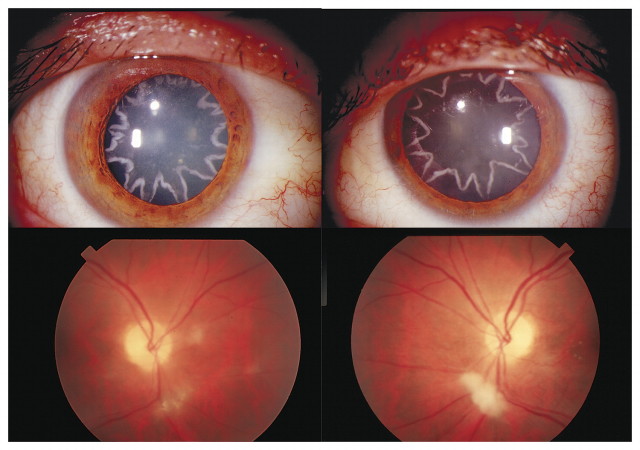 Cataracts is a cloudiness that accumulates in the lens of the eye. The cloudiness is opaque and doesn't let light pass through efficiently and thus, the eye loses its ability to focus light properly. Cataracts can be contracted in numerous ways such as the result of a different disease or by trauma - the different reasons behind the cataracts produce different results.

The star shaped form found in the electrician are known as stellate cataracts. Unlike most forms of cataracts the distribution of the cloudiness is not uniform and a fractal pattern serves as a boundary of accumulation. Another similar form is known as rosette cataracts that is caused by suffering trauma and leaves a more floral pattern in the eye. It is still unclear precisely what governs the formation of the pattern.

[Via]: Korn, B. Kikkawa, D. Ocular Manifestation of Electrical Burn. The New England Journal of Medicine. 2014.