One guy decided to revive one of the world's most popular and strangest decorations. And he equipped it to talk.

Amazon's Alexa is undeniably futuristic, practical and accessible. With a rapidly growing slate of features and integrations, it's easy to get excited about Alexa’s potential.  In April, just after the release of Dot, Amazon opened Alexa API, which allows developers to embed the smart assistant in third-party hardware.

In the Facebook video posted by Kane, you can clearly see the fish responding to Alexa’s start word. It eerily moves its mouth in sync with her commands.

In the clip, Kane asks Alexa about the weather. The fish's head immediately faces the camera and starts moving as Alexa responds with the local weather for Cambridge.

Big Mouth Billy Bass is an animatronic singing fish circa 1998 and popular in the early 2000s. A motion sensor activates Billy. It turns its head towards a person, facing them, and then wiggles its tail on its trophy plaque. It then sings kitschy cover songs, such as "Don't Worry, Be Happy" by Bobby McFerrin, and "Take Me To The River" by Al Green. 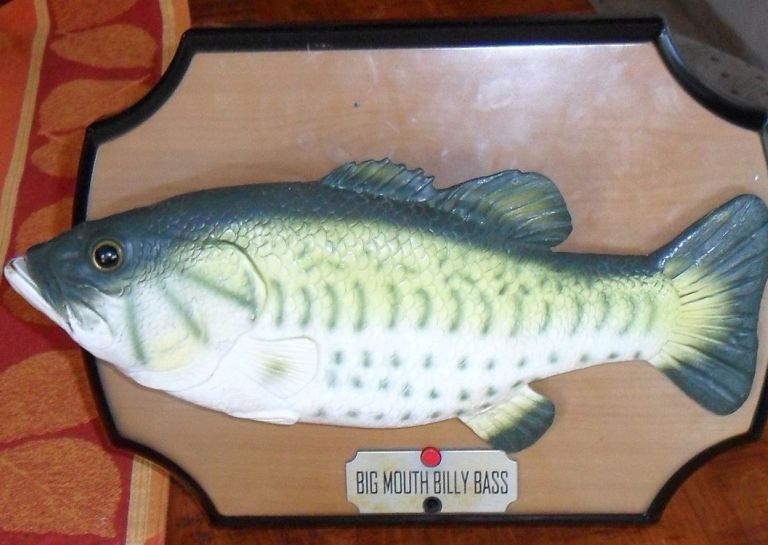 In an email to Mashable, Kane explained that he created the hack using Arduino, an open-source platform.

"This piece was an in-class demo to show students how to rapid prototype a concept and get it working quickly so that we can test new ideas on people and make decisions," Kane said. "We're looking at AI as artists and designers, making new experiences and using the design process to find out what life can be like in a world of intelligent machines.

So much of the industry is dominated by engineering and business, but ultimately the success of these new products will be that people can make an emotional attachment to them, and that's what artists have been doing for generations."

Of his place of work, Kane said:

"RISD is the new MIT, and we're looking to make amazing new experiences for people that are emotionally engaging by bringing an artistic sensibility to technology through storytelling and unlimited creativity."

Kane says he hopes this project will bring some attention to his students and their projects this semester.

According to Mashable, Kane does have plans to release a "limited edition of signed artists’ versions for collectors and friends."

To relive those terrifying Billy the Bigmouth moments, watch the video below. (Or scroll on by, we really wouldn't blame you):

Guy Builds Machine That Shoots Chocolate into His Mouth on Command