It was just one year ago that millionaire thrill-seeker Zef Eisenberg nearly died following a serious crash involving his Madmax turbine motorcycle—he was traveling at 377 kmph at the time. He had been riding the turbine-powered bike while taking part in the Straightliners ‘Top Speed’ event. However, after a long recovery and forging an iron-like determination, he is back to his pursue his passion this week and set a new record. 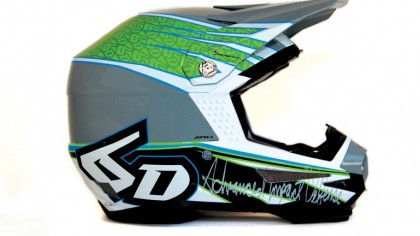 Eisenberg has truly overcome a lot to return to driving his motorcycle. Following his accident, he woke up a few days later in the Leeds Infirmary intensive care unit and discovered from doctors that he had two breaks in his pelvis, and a whole host of other injuries. He had even lost his vision for several days after the accident due to the force (of negative 25g) created by his sudden deceleration on the bike.

He said of the time leading up to the accident: "Your tunnel vision narrows until it's like a sniper rifle," recalling the time of the terrible crash at Elvington Airfield in Yorkshire, in the northern part of England. "Because of that, I didn't see the finish flags to the right. And I was doing [121 meters a second]."

With an undaunted spirit, Eisenberg returned to his ambitions faster than anyone could have ever expected or thought possible. It’s not surprising when one considers that he set three previous records all involving: fastest turbine bike at 377kmph, world’s fastest turbine-powered streetfighter at 372kmph, a bike with upright bars and no fairings, and the UK’s fastest no-fairing “naked” bike at 377kmph!

Eisenberg plans to return to biking with an appearance at the Top Speed Weekend this weekend, but speed is not the goal this time. He is using the event to try to dissolve any lingering doubts or fears: “...the goal this time around is not to break a record on the turbine bike on the tarmac. It's to drive slowly and safely at 200 mph, to prove that everything is back to working normally—the bike, the body and the mind. Once we can tick that box, we'll totally extinguish those demons in the head. We'll have confronted the fear, dealt with the anniversary of the crash, and then next year we can start having some real fun."

This will be followed by a new record attempt next weekend at Pendine Sands on his supercharged, custom-built Hayabusa: land-speed record riding a production bike on sand. As he hasn’t had much time to practice out on the open road, he will have to trust his instincts and remember his dream to set the new record. With this new speed quest, Eisenberg has gone from daredevil to local hero, inspiring many to pursue what they love.

Via: Road and Track, Guinness World Records, The Telegraph