We've all been there. You just can't find your phone. You find yourself thinking where you last used it and might have left it and start turning over the sofa cushions. If you're lucky there's another phone at hand so you can try calling it, but Murphy's Law says that you left on silent mode. Well now a new app looks to solve this problem with a little fun, a good ol' game of Marco Polo. 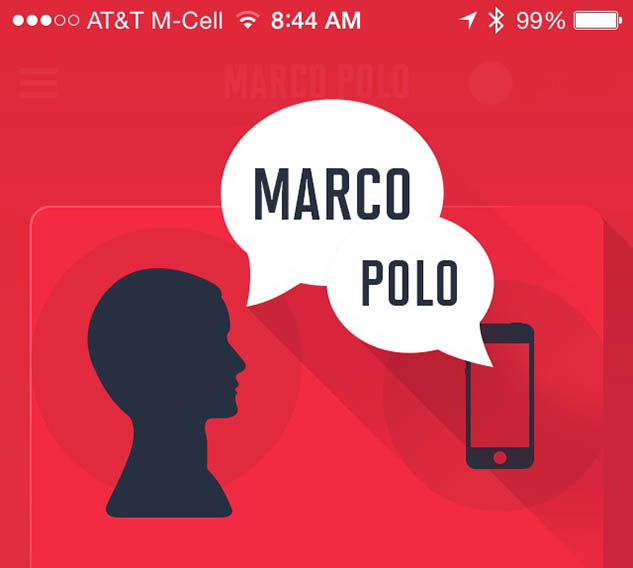 You run the app in the background and it listens out for calls of "Marco" to which it will of course respond, "Polo!". If your name is Marco don't worry, they've included a setting for you to change the trigger word. You can also set different trigger words for different devices such as your tablet.

There's also a setting to make sure that the device always responds at the loudest volume, regardless of the volume settings of your device at the time. It has a simple, polished user interface and the settings are easily customised. It was created by designer and developer Matt Wiechec based in Toronto. 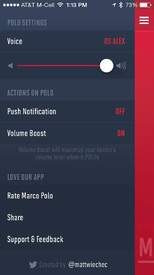 The app doesn't require an internet connection and in terms of battery drain, TUAW's Mel Martin said that he, "didn't see any significant drain on battery while the app was running."

Team this with apps like Find My iPhone and you could have a pretty intense treasure hunt on your hands, with expensive treasure at the end too. Fortunately though the app is only $0.99 but if as they say time is money, then that 99 cents may be buying you some extra time depending on how forgetful you are.

Download: [App Store, Play Store]
Note: The Android offering is a similar app from a different company and not the one mentioned in this article.