For many in the US and across the world, the talk of legalizing Marijuana has been at the forefront of political discussion. Regardless of your political views on the drug, legal or otherwise, it is just that, a drug. As the US moves deeper into potential legalization of weed across the country, it becomes increasingly important to understand the drug from a medical and engineering perspective. As we dig into this topic, I encourage you to leave politics at the door, today is just going to be about good old science and engineering. 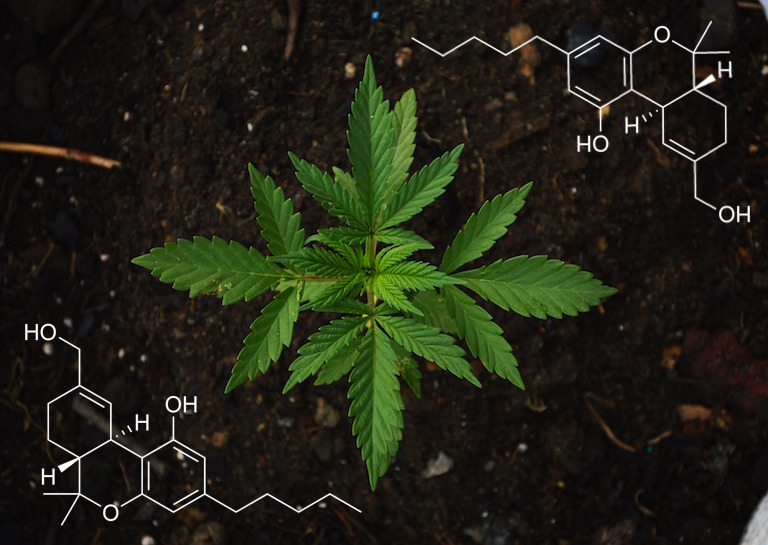 At the beginning of this year, a research team from the National Academies of Sciences, Engineering, and Medicine released what is likely the most comprehensive scientific study of marijuana we have to date. The team considered 10,000 different research studies and drew nearly 100 likely conclusions, according to Business Insider. One thing that is made clear by the team of researchers, is that there is still a large gap in our understanding of cannabis as a drug. It should be noted that the research team expresses some concern that policy has outpaced scientific discovery. Contextually speaking, this isn't meant politically, nor is it mean to speak against the use of weed, rather it is meant from purely scientific concern for possibly unknown side effect of marijuana use.

Based on 10,000 studies from 1999 to the end of 2016, the team found the following theses to be most likely accurate and true based on current scientific knowledge.

1. Marijuana use can be an effective use for chronic pain.

2. Marijuana use probably increases the risk of car accidents.

3. Marijuana smokers are more likely to have chronic bronchitis, and there is limited scientific backing to the idea that cannabis is anti-inflammatory.

Along with these findings, the team also concluded that there is moderate evidence that smoking cannabis places the user at a higher risk for heart attack, and there is substantial evidence that frequent users are more likely to develop schizophrenia. It is important to note that with these conclusions, the team arrived at these points after careful consideration of the most likely cause-effect scenarios. With that said, determining proper cause and effect cases can sometimes be difficult. As an example, it is entirely plausible that people more inclined to develop schizophrenia are also more inclined to use cannabis. In other words, one could possibly, not be a cause for the other. With that said, these are only reasons to be cautious of conclusions, not throw them out entirely. The current medical consensus is that these conclusions are accurate.

These main points are only a few of the nearly 100 conclusions the team drew. You can dig deeper into those conclusions by reading the study here, or by reading a larger summary of the conclusions on by the National Academies here.

We have covered some of the consensus of the medical community but now let's get into the science of marijuana, or cannabis, as a drug.

There are over 400 chemical compounds naturally found in marijuana. The most prominent chemicals where common effects are drawn from are cannabinoids, terpenoids, and flavonoids. These are all chemicals that stimulate the human body in generally beneficial ways.

These chemical components work together to provide a wide variety of therapeutic benefits to the human body. In the 1960s, scientists identified the compound delta-9-tetrahydrocannabinol, otherwise known as THC. THC acts as cannabis' main ingredient and is a cannabinoid. If you are wondering why our bodies' Endocannabinoid System (EC) is named so similarly to cannabis, it is because this system was found as a direct result of cannabis research in the 1960s.

Our body naturally produces cannabinoids — anandamide and 2-AG (2-arachidonoyl glycerol) — which are the main natural components of the EC system, according to Brian Thomas in his book, The Analytical Chemistry of Cannabis. Brain cells naturally communicate with each other through chemical messages via neurotransmitters. This is essentially a small gap between neighboring neurons. The neuron sends a message by releasing a chemical. The chemical then travels to the receptors on the other neuron, which are activated by further specific chemicals. These chemicals are called neurotransmitters. Anytime you feel pain, it is because neurons sent and received neurotransmitters in your brain signaling you to feel it.

Here's where cannabis and cannabinoids come into play. THC and naturally occurring cannabinoids all do the same thing, they bind to cannabinoid receptors on neurons and prevents the proper passage of neurotransmitting chemicals, according to Scholastic. Our bodies undergo this process naturally, so it isn't necessarily a bad thing, but THC also isn't the same thing chemically speaking as our bodies' natural-produced chemical cannabinoids, according to WebMD. It is this difference that scientists are still trying to understand the effects of from a medical and scientific perspective. It is also this difference as to why it can be argued that cannabis could be harmful to the human body. 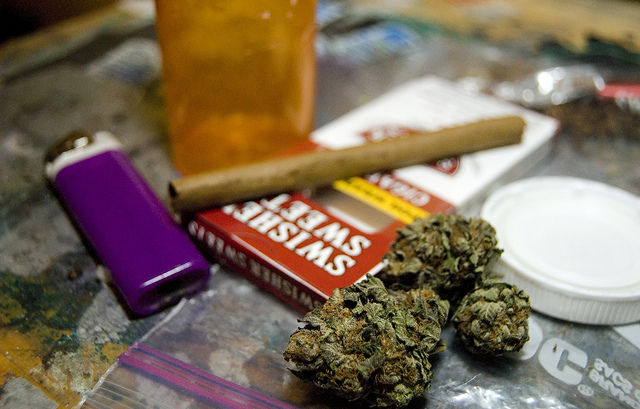 As we have covered the basic chemical process of marijuana, it is important to note one thing. Any opinions you have of cannabis that have been derived from a political arena or even a scientific one, have the possibility of being false. I say this because policy has outpaced science in cannabis use, so much of the actual scientific "truth", some yet to be discovered, about cannabis could be contrary to many commonly held beliefs, it could, however, also affirm these beliefs as well.

Hopefully, you sit here with a brief understanding of the chemical engineering of cannabis and understanding of some of the conclusions scientists have recently come to on the drug. The point of this post was to address the subject as objectively as possible to view weed without any of the political bias commonly around the discussion. Anything in this text that appears biased is purely coincidental. Whatever you think about marijuana, the truth still remains that it is largely an underresearched drug, and we must base our opinions on that. Making any statement about marijuana that is represented as indefinitely conclusive would ultimately be scientifically irresponsible given current technical knowledge. Anything referred to as a conclusion or conclusive in this article is purely a reference to current medical conclusions, they are not meant to mean they are indefinitely conclusive.

Lastly, I want to encourage you to check my work and even engage in conversation with me – all I ask is that you try to leave any bias you may have out of it. Feel free to leave a comment below either on social media or right on InterestingEngineering.com itself.

Elon Musk Starship update: What to expect from the major announcement