Mars: 56 Years of Exploration from Mars I to InSight

In 1962, the Russian probe Mars I was the first mission sent to Mars. Despite being unsuccessful, it marked the beginning of the history of Mars exploration. 56 years later, the InSight lander opens a new chapter going beyond the surface and into inner Mars.

Humanity has been puzzled about the stars, the universe, planets, and of course, Earth's neighboring red planet in particular for centuries. 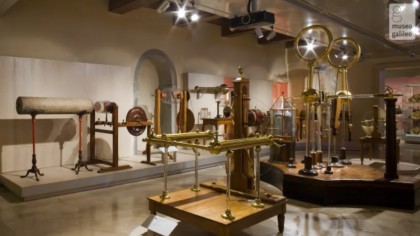 Since the first time Italian astronomer, Galileo Galilei pointed his telescope in the direction of the sky, human curiosity for what is above us never stopped. Galileo wanted to see far beyond what was possible with his naked eye. Centuries later and with the help of more advanced technology, humankind embarks in the study of other planets and perhaps a second home.

Is there life out there? Is living on other planets going to become a reality? Is a human settlement on Mars by the 2030s the future of humanity?

All these questions lead us to have a quick look into how the space race began before we can move on into exploring the possibility and future of Mars colonization.

Space race: How it all began

It is said that the Second World War was a catalyst to rocket science. In those terms, it is safe to say that the Cold War was a thousand times stronger. It was during the cold war when the space race began.

With the rising threat of nuclear annihilation and the fear of a biological war, the American rocket program initially led by Werner von Braun gave birth to a guerrilla campaign of intellect and design with its Russian counterpart, which was led by Sergei Korolev.

A massive amount of government funding on both sides went into research, development, and improving the propulsion systems for atomic weapons. Finally, the Soviet Union sent the first ever artificial satellite into orbit on October 4th, 1957:  Sputnik I.

The Russians then got motivated by its first success over the Americans and went on putting the first man into space as well in 1961. The man in this historical mission, Yuri Gagarin, completed the task in space capsule Vostok I.

Meanwhile, back in the United States, the American space program, which had been kickstarted in 1958 in response to the launch of Sputnik I, had been left behind for two consecutive times. As you can guess, they were not too happy about this.

In 1958, the National Aeronautics and Space Administration (NASA) was founded and the U.S. launched its Explorer I artificial satellite.

President John F. Kennedy announced that NASA was going to put a man on the Moon by the end of the decade, bringing him back to Earth safely.

On July 20th, 1969, NASA launched the Apollo 11 mission with astronauts Neil Armstrong, Buzz Aldrin, and Michael Collins who safely landed on the Moon and returned back to Earth.

Surveying the surface of Mars

The theodolite pictured below dates from 1875. It was one of the first instruments used for surveying planet Earth. Since then, surveying instruments have come a long way. So they did their subjects of mapping.

Over 120 years after this theodolite which is part of the science instruments in the Museo Galileo in Florence, Italy, in early 1998, NASA's Mars Global Surveyor was scheduled to begin mapping the surface of the fourth planet from the Sun: Mars.

Despite the fact that the red planet had been mapped before by both Americans and Russians, what made the Global Surveyor's mission different was that it sent the most detailed images of the Martian surface ever taken from space back to Earth.

The first missions to Mars

Mars I was the first probe sent to Mars. It was launched on November 1st, 1962, also by the Russians. Unfortunately, the probe lost all contact with Earth on March 21st, 1963. No observations were received from Mars I, sadly.

A year later, on November 5th, 1964, NASA launched the Mariner 3, NASA's first Mars probe. Sadly, it went out of control too early in its mission and never made it to complete its purpose.

On November 28th, 1964, NASA launched the Mariner 4. This time, the craft sent 21 photographs of the planet's densely cratered and apparently lifeless surface and some vital information back to Earth. This was the first time humans could see a first glimpse of how the surface of Mars looks like.

InSight (Interior exploration using Seismic Investigations, Geodesy, and Heat Transport), currently on Elysium Planitia, Mars, was launched from Vanderberg Air Force Base, California on May 5th, 2018 and landed on Mars on November 26th, 2018.

This exploration is expected to open a window of knowledge into the rocky planets of the inner solar system. This makes InSight more than a Mars mission, even though its first target is Mars.

The mission has been scheduled to last a little over one Mars year, which is equivalent to approximately two Earth years. In days, this would be 709 Sols (Mars days), or 728 Earth days. InSight's primary mission will end in November 2020.

What are the chances that planets such as Mars can present organic evolution in its interior, instead of on its surface as it would be expected?

SpaceX plans on going to Mars

But a single man's dream is what is going to make a real difference in the whole history of human space exploration.

With no competitive agenda and with the inner motivation that only a true maverick can possess, Elon Musk and his SpaceX team are going to make a landing on Mars and beyond possible. And with it, making life multiplanetary.

And here is when a completely new different chapter in the history of humankind and its dream to populate the stars begins.