Mars has long been touted as a plan B for humans with many of today's biggest minds making ambitious plans to colonize the red planet as a second home. Yet, time and time again, others have released warnings about the dangers of relying on such an option.

An option not possible today

Now a new NASA-sponsored study has brought these concerns to life. The research published this week reveals that transforming the harsh Martian atmosphere into a human-friendly environment is simply not possible with today's technology.

Terraforming is the process of creating an Earth-like environment on another planet. With today’s technology, is it possible on Mars? A new study dives into that question: https://t.co/I65Y9doaFy pic.twitter.com/9KkfMRKMC1

Scientists have often suggested terraforming the Red Planet by releasing its trapped greenhouse gases to the surface to warm it up. However, the new study indicates the celestial body does not hold enough of these infrared radiation absorbing gases to achieve such a task.

“Carbon dioxide (CO2) and water vapor (H2O) are the only greenhouse gases that are likely to be present on Mars in sufficient abundance to provide any significant greenhouse warming,” said Bruce Jakosky of the University of Colorado, Boulder, lead author of the study. It seems the many heat-trapping gases responsible for Earth's global warming problems are simply scarce on our planetary neighbor.

Furthermore, even those available are not present in high quantities or within reach. “Our results suggest that there is not enough CO2 remaining on Mars to provide significant greenhouse warming were the gas to be put into the atmosphere; in addition, most of the CO2 gas is not accessible and could not be readily mobilized,” said Jakosky.

The result of 20 years of observations

If you are hoping this new information may be disproved by other habitability studies, you may be in for some disappointment. NASA stated that their new research is the result of 20 years of spacecraft observations.

The study combined information from NASA’s Mars Reconnaissance Orbiter, Mars Odyssey spacecraft, and NASA’s MAVEN (Mars Atmosphere and Volatile Evolution) spacecraft. “These data have provided substantial new information on the history of easily vaporized (volatile) materials like CO2 and H2O on the planet, the abundance of volatiles locked up on and below the surface, and the loss of gas from the atmosphere to space,” said co-author Christopher Edwards of Northern Arizona University, Flagstaff, Arizona. 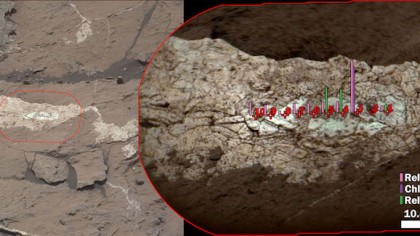 The team investigated other sources of conjuring enough carbon dioxide from dust particles in Martian soil to carbon-bearing minerals buried in Martian crust but none of the options were possible without the use of new advancements far beyond today’s capability. "As a result, terraforming Mars is not possible using present-day technology," concluded Jakosky.

The study was released on July 30 breaking the hearts of hopeful Mars dwellers everywhere. However, all hope may not be lost yet.

SpaceX founder and famous hopeful Mars colonizer Elon Musk responded to the new findings with a tweet that indicated he still believed the planet could be made habitable.

There’s a massive amount of CO2 on Mars adsorbed into soil that’d be released upon heating. With enough energy via artificial or natural (sun) fusion, you can terraform almost any large, rocky body.

The research has been published in the journal Nature Astronomy.