NASA's Mars Curiosity Rover took the first ever samples of Martian clay from a "clay-bearing unit" this week, hoping to uncover the secrets of ancient water on Mars.

NASA's Mars Curiosity Rover took its first ever samples of clay from the "clay-bearing unit" on a region of Mount Sharp that scientists believe may have been the site of an ancient lake.

"Curiosity has been on the road for nearly seven years," said Jim Erickson, Curiosity Project Manager at NASA's Jet Propulsion Laboratory (JPL) in Pasadena, California. "Finally drilling at the clay-bearing unit is a major milestone in our journey up Mount Sharp."

Clay is important because it is usually produced by water, so left over clay deposits are a strong indication that a site once contained a lake or other body of water.

Scientists have known about the site for some time, first seeing it in 2012 with the NASA Mars Reconnaissance Orbiter. Curiosity has also found clay minerals in other stones it has found in its six years on the planet, though those were found in mudstones that formed as river sediment in ancient lakes about 3.5 billion years ago. 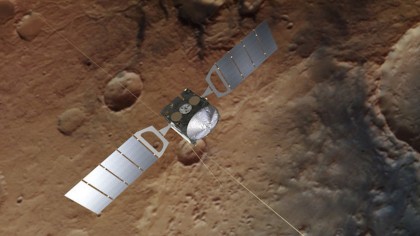 Potential Proof of Life on Mars: Curiosity Rover Sniffs out Methane in 2013

The sample Curiosity took this week was part of a much larger suspected deposit of clay material that forms only one of the many different geological features of Mount Sharp, which it has been climbing for the past year.

"Each layer of this mountain is a puzzle piece," said Ashwin Vasavada, Curiosity Project Scientist at JPL. "They each hold clues to a different era in Martian history. We're excited to see what this first sample tells us about the ancient environment, especially about water."

Making Green on the Red Planet: How Might We Build an Economy on Mars?