The mission to Mars will be coming in 2031. However, Bas Lansdorp is looking beyond the red planet for colonization.

By  Donovan Alexander
Jan 21, 2018
CGI rendering of Mars One colony. Mars One

Bas Lansdorp has an ambitious vision for the future of space travel. The Dutch entrepreneur, best known for co-founding Mars One, is determined to bring humans to the big red planet, Mars. His Mars One company looks to establish a permanent human settlement in the next few decades, after completing several unmanned missions to lay the framework for the future colonies. 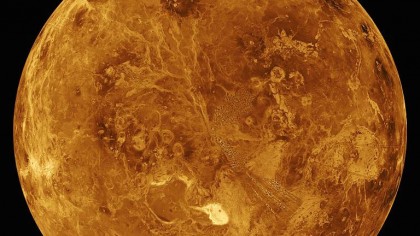 The team's strives to better understand the planet through rigorous research and meticulous testing. Though it will be exciting to bring humans to Mars, Bas Lansdorp is already looking past mars and to other planets for potential colonization.

Bars Lansdorp has recently stated that he hopes to bring human colonies to Venus or even one of Jupiter's 69 moons. With Venus, the second planet from the sun, the planet is not the most pleasant place in the universe. The surface temperature is approximately a scorching 864 degrees Fahrenheit, hot enough to melt lead. Not to mention the atmosphere on the planet is so dense that it would feel like you are 3000 feet under water.

Yet the farther you are from the planet's surface, the more pleasant and livable the planet becomes. At 30 miles up, the climate on Venus resembles that of the Mediterranian. Researchers are already in the process of creating a balloon-like floating city for the planet.

Building a habitat on one of Jupiter's moon may be a little easier. With Europa as the prime candidate, there are 10 moons orbiting Jupiter that could be potential habitats. The manageable atmosphere paired with its thick icy surface makes it an ideal candidate.

This year the very rigorous selection process for the candidate part of the Mars One mission has begun. The Mars trip is not only difficult but also psychologically demanding.

To ensure the feasibility as well as the safety of the passengers, Lansdorp has employed top help from both NASA and the aerospace giant Lockheed Martin. The trip will be a 35 million miles at its shortest and 250 million miles at it longest and will include a four-person crew.

Mars One's mission design is in the early mission concept phase, or as called in space development terms: Phase A. The top level requirements for the mission have been identified. Read more about the primary hardware components and technology of our mission: http://www.mars-one.com/mission/the-technology #marsone #goingtomars

When the crew arrives to the red-planet, after the six-month trip, supplies will be extremely limited as well as the water supply. Even more so, the crew will have little mobility and will remain in their Mars One capsules for long extended periods of time.

Though the path to Mars, as well as the conditions on the planet, is sure to be difficult, Lansdorp is confident that he can make it happen. One  Mars has been settled, in no time, humans will be looking at the other planets for colonization. As stated by Lansdorp “Mars won’t be the final destination for humans looking to set up permanent settlements away from Earth. After that, space explorers will be thinking about floating cities in the atmosphere of Venus in an extremely large balloon, or moving to one of Jupiter’s moons, or an asteroid."

It will be interesting to see where humans will go next in the vastness of space.

Via: Listverse, Mars One, Independent

Conquering Earth's Evil Sister: What Would It Take to Make Venus Our Home?