Mary Jackson, an important figure in American history, would've been turning 96 years old today, April 9, 2017. She is one of the three African-American protagonists in the new blockbuster movie Hidden Figures that came out this year and is NASA’s first black female engineer. To remember her legacy and the important projects she has done for NASA, we will go through her works and research in the field of aerospace engineering. 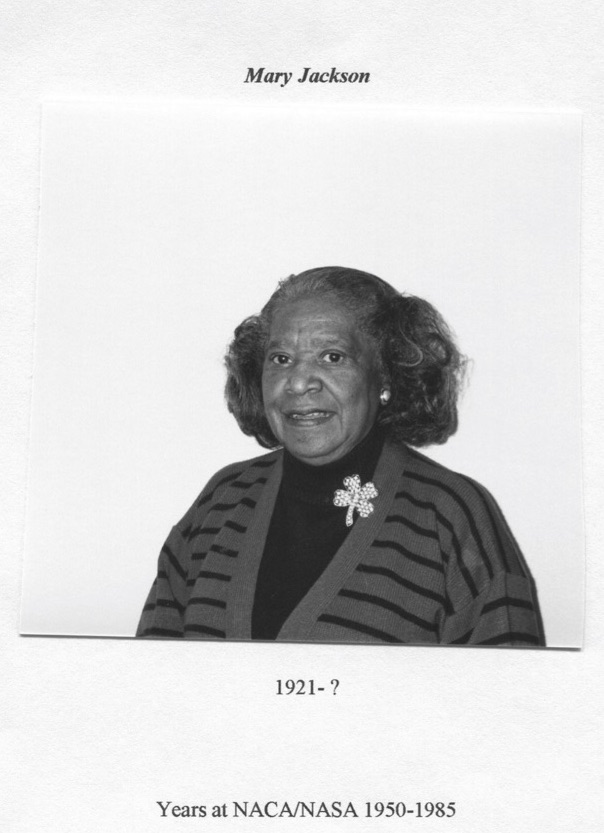 Striving to be an engineer

“I plan on being an engineer at NASA…I have no choice but to be the first.” These are the famous lines that were confidently uttered in the court scene in the Hidden Figures movie. The traditional stereotype of engineers, especially during the segregation era of the 1950s, was that they were a white, male force. For Mary Jackson, this was certainly a hindrance to becoming an engineer with the gender and race she was inherited with.

Despite all the obstacles that were thrown along Mary Jackson's path, she strived to become an engineer in NASA. Because of her intelligence and courage, she was one of the engineers that helped America win the space race. Furthermore, she has also significantly contributed to NASA's Project Mercury.

Mary Jackson was married to Levi Jackson and together had two children.

The making of an engineer

Mary Jackson graduated from the Hampton Institute in 1942 with a double degree in Mathematics and Physical Science. These degrees were crucial for her career because, without them, she would never be able to progress the way she did. Before landing a job as an engineer, Jackson has worked several jobs as a maths teacher, high school, and college tutor, bookkeeper, receptionist, and clerk.

It was in 1951 when Mary Jackson was recruited to work for NACA (National Advisory Committee for Aeronautics) that was then succeeded in 1958 by the National Aeronautics and Space Administration (NASA). During her early years in the Langley Research Center, situated in Hampton, Virginia, Mary Jackson worked as a research mathematician at the segregated West Area Computing section. Together with Katherine Johnson and Dorothy Vaughan (important figures from the previously mentioned film), they were known as "Human computers", special individuals highly proficient in math and able to perform on the same level as a computer. 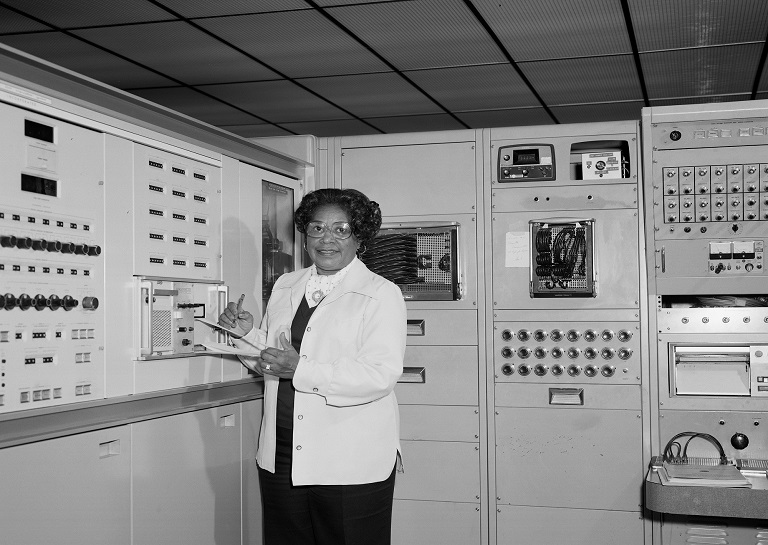 It took two years of working in the computing section before Mary Jackson was offered to work alongside Kazimierz Czarnecki, an engineer working in the 4-foot by 4-foot Supersonic Pressure Tunnel, a 60,000 horsepower wind tunnel with the capacity to blast spacecraft models with winds approaching twice the speed of sound. Together, Czarnecki, an engineer, and Mary Jackson, a mathematician, both worked on experimental tasks in the facility then Czarnecki advised Jackson to enter a training program to enable her to gain promotion from mathematician to engineer.

To be qualified for the training program, Jackson had to take on graduate level mathematics and physics courses after her working hours that was administered by the University of Virginia. Because the classes were taught at then-segregated school, Jackson had to legally fight for her right to join the all-white institution. Through her hard work and perseverance, Mary Jackson completed the courses, earned the promotion and became NASA's first black female engineer in 1958.

Faster than the speed of sound

The speed of a wind tunnel is the velocity of the airflow measured in the test section and they are customarily classified in the following speed ranges. 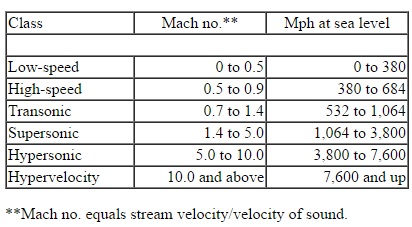 The first technical paper that Mary Jackson and K.R. Czarnecki has co-authored was titled 'Effects of nose angle and Mach number on transition on cones at supersonic speeds' in 1961.

In this flight study, they were essentially aiming to make precise estimates of the transition Reynolds numbers that will be used to design aircraft and missiles.

She went on to lead an experiment with Czarnecki in the same year entitled 'Boundary-layer transition on a group of blunt nose shapes at a Mach number of 2.20'. They were interested in discovering the key factors that influenced the boundary-layer transition which greatly impacts the local surface temperatures and heat-transfer rates. These are extremely crucial factors in designing missile noses. 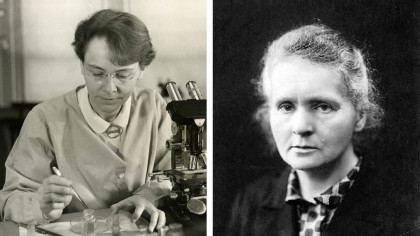 Later on in 1970, the two engineers -Jackson and Czarnecki- co-authored a research paper again called 'Theoretical pressure distributions over arbitrarily shaped periodic waves in subsonic compressible flow and comparison with experiment'. This is the part where my inner, geeky engineer comes out. Let me explain - they basically used the Fourier series to find a solution for the case of random or arbitrarily shaped, periodic waves by extending the existing theoretical solutions for the case of an infinitely repeating set of sinusoidal waves (sine waves).

The core of this study is to essentially understand the mechanisms that induce surface roughness drag on an aircraft at either subsonic or supersonic speed. Possessing this kind of knowledge would theoretically lead to attaining optimal aircraft performance. 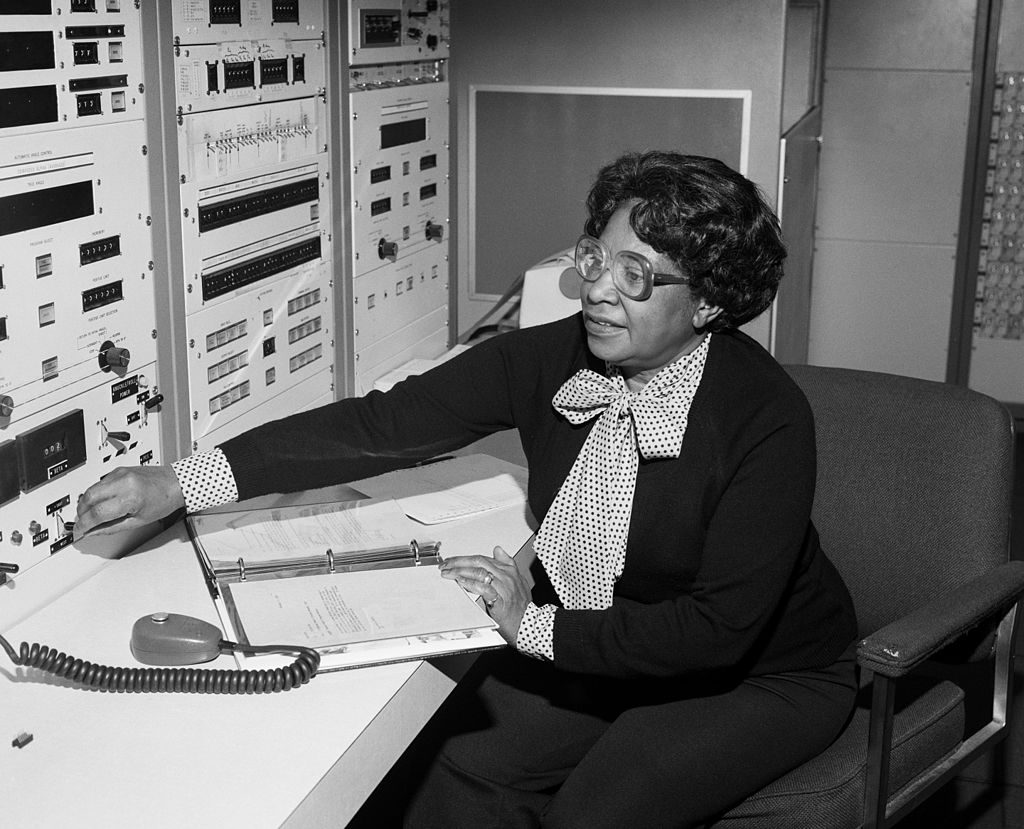 For over a decade, Mary Jackson and NASA were synonymous. She had a prolific engineering career until she reached the highest promotion she could ever get. In 1979, after being frustrated by her inability to land a management-level position, Jackson decided to leave the engineering department and accept a demotion in the Langley’s Federal Women’s Program Manager. Through working in this wing of NASA, Mary Jackson was able to influence the hiring and promotion of future female mathematicians, engineers, and scientists. During her life, she worked on various equal opportunity programs. Mary Winston Jackson died 12 years ago, at age 83, on the 11th of February, 2005.

Mary Jackson is featured as one of the protagonists, played by Janelle Monae, in the hit movie Hidden Figures that was released in 2017. If you haven't seen this movie yet, this is the perfect time to watch it. It's unbelievable that for so many decades, these intelligent women who are adept in the league of the space race were the underdogs. But now, thanks to the book and movie written by Margot Lee Shetterly, Mary Jackson is hidden no more.