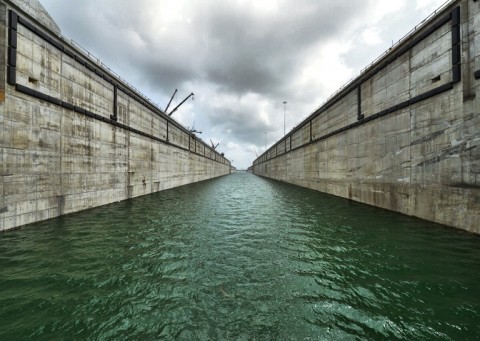 The Panama Canal is considered to be one of the Seven Wonders of the Modern World by The American Society of Civil Engineers. The Panama Canal Expansion project began in 2007 and is nearing its end with the projected completion date set for June 26, 2016. The cost of this expansion is over 5 billion US dollars and to give you an idea of just how big a project this is, 1.2 million tons of cement were used to build the locks.  The project was funded by a number of international financial institutions. With cash flow generated by the tolls that are passed onto the shipping companies, investment costs are expected to be recovered in less than 10 years, and financing could be repaid in approximately eight. The growing demand of international trade is the fuel behind this construction.

The project will create a new lane of traffic through the construction of a new set of locks, doubling the waterway’s capacity. This will allow a huge new increase of barges to go through the Canal and shorten their route by 8000 miles. The route ships had to take before the existence of the Panama Canal was to go to the southern most tip of South America, Cape Horn. The original Panama Canal was built starting in 1904 and was finished in 1914.

This new expansion project consists of:

-Build two new sets of locks, one each on the Atlantic and Pacific sides, and excavate new channels to the new locks. Each set of locks will have three chambers with water-saving basins.

The Third Set of Locks project is the most important component of the project because these locks can accommodate much wider and heavier ships and a significantly increased cargo load. It entails the construction of two new lock complexes in the Pacific and Atlantic sides of the Panama Canal, creating a third lane of traffic for bigger ships. Each lock complex will have three-steps.

SEE ALSO: The global economy will change again thanks to the giant new Panama Canal 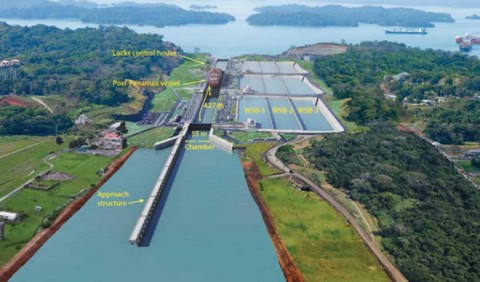 Each lock chamber has 3 water-saving basins which fill up the chambers when needed. The water in the basins end up being able to reuse 60% of the water in transit. The operation of the new locks uses gravity and valves. Remarkably, there is no pumping involved.

The project will create an entirely new lane with one lock on each side, providing a capacity to handle vessels up to 49 meters wide, 366 meters long and 15 meters deep, or with a cargo volume of up to 170,000 DWT and 12,000 TEU.

During the construction of this massive project, the official website stated that they relocated and saved all kinds of wildlife including sloths. Also, during the building of the locks, a number of artifacts were able to be discovered and preserved. The number of jobs created by this expansion project was between 35,000-40,000.

Leah Stephens is the author of Un-Crap Your Life.