The skeleton of a Stellar sea cow has been found on a remote beach in Siberia. The animal was part of a group of animals known as megafauna that became extinct 250 years ago.

A massive headless skeleton of a sea cow has been found on a beach Siberia. The skeleton is believed to be one of the most complete skeletons of its kind, even without a skull. The skeleton belongs to a giant Steller's sea cow. An animal that has been extinct for almost 250 years. 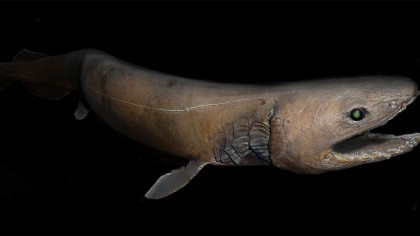 Scientists who made the discovery on the remote Siberia coastline were able to recover the bones with minimal digging. The giant ribcage of the extinct sea cow was poking through the sand dunes and the researchers only had to dig down 70 centimeters to reveal the entire skeleton. Once the skeleton has been cleaned and cataloged it will go on display in the at the Commander Islands Nature and Biosphere Reserve Visitor Center, to help inform people about the natural history of the Commander Islands. Although there are many examples of ‘complete’ sea cow skeletons in museums across the world.

They are often made up from skeletons from several animals. This newly discovered complete skeleton will not only help the public form an image of the extinct creature, it will provide scientists with a valuable resource to continue their research into these large aquatic mammals.

Sea cows could grow up to ten meters

The Steller sea cow or Hydrodamalis gigas were part of a group of animals known as Pleistocene megafauna. These large animals were discovered in 1741 and at that time had already begun their descent into extinction. The extinction is likely due to overfishing of the animals. The final populations of these animals are thought to have made homes in the seas around the Commander Islands in the Bering Sea. The megafauna was similar in look to their modern counterparts but significantly bigger in size. The sea cow is likely to have shared similar features with the modern dugong The Steller sea cow is thought by scientists to have been able to grow up to 10 meters long and weighed over 5 metric tons.

The first scientific records of the existence of the Stellar sea cow were believed to have been made by the naturalist Georg Wilhelm Steller who was part of the Great Northern Expedition, led by explorer Vitus Bering. Steller kept detailed journals of his time on the expedition including the period the group was a shipwrecked on Bering Island and stayed a winter in the remote area. It was during this period that Stellar first encountered the sea cow and made copious notes describing its behavior and appearance.

The German naturalist even dissected a specimen to more fully describe the mysterious creature. His journals go on to describe how the crew of the expedition killed and ate several sea cows to avoid starvation during the miserable winter. The pristine condition of the recently discovered skeleton suggests it is possible that this specimen was actually one of the animals killed by the shipwrecked scientists.