Wind energy is abundant in many areas throughout the world, and many believe that efficient harvesting of this power could lead to a more sustainable energy grid. However, current wind turbines have efficiency limitations, as well as power capacities limited by their practical size. Sandia National Laboratories has been focused on engineering larger and larger wind turbines in order to concentrate more energy generation per turbine. Through new design breakthroughs and some interesting engineering, they believe that they can soon build a 50 MW wind turbine with massive blades. How massive? These turbine blades would be over 200 meters (650 feet), which was previously thought to be too large to be structurally sustained. The whole design is based on the ability to stow the turbine blades in high winds.

"Sandia’s 100-meter blade is the basis for the Segmented Ultralight Morphing Rotor (SUMR), a new low-cost offshore 50-MW wind turbine. At dangerous wind speeds, the blades are stowed and aligned with the wind direction, reducing the risk of damage. At lower wind speeds, the blades spread out more to maximize energy production." ~ Sandia

Previous turbine sizes were limited by the maximum wind speeds in the area, but now, being able to stow and align the blades with the wind for safe keeping, this barrier may soon be overcome. One market that this new turbine focuses in on is the US offshore wind market. While the possibilities are high, implementing many of the smaller scale designs are too costly given the energy output. 50 MW singular turbines would break through this cost barrier and allow for larger wind energy generation in the US. 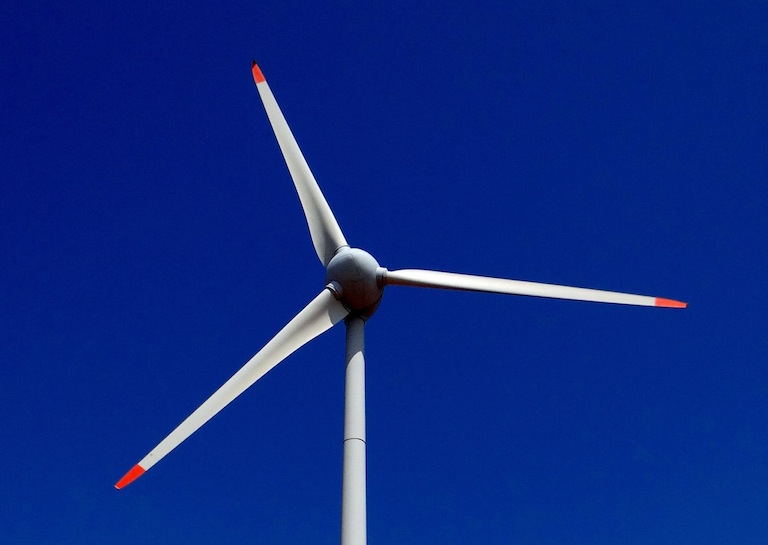 "Segmented turbine blades have a significant advantage in parts of the world at risk for severe storms such as hurricanes, where offshore turbines must withstand tremendous wind speeds of more than 200 mph. The blades align themselves to reduce cantilever forces through a trunnion hinge near the hub that responds to changes in wind speed." ~ Sandia

The goal of this project is to supply 20 percent of the USA's power through offshore wind energy by 2030, which is ambitious given that only around 5% of the current supply is generated by renewable wind sources. These potential breakthroughs presented by Sandia lie not in the turbine blade design, but rather the design of the turbine as a whole. Research now supports the idea that larger 50 MW turbines are possible, as long as the blades can be consolidated and aligned with high winds.