Master Builders: 13 More Facts That You Always Wanted to Know About LEGO

You probably have some LEGO lying around your house, but how much do you know about the LEGO group?

LEGO has become a global phenomenon. Since 1958 there have been well over 400 billion LEGO bricks produced for the builders around the world.

While 2.16 million LEGO elements are molded every hour, which means within in the first minute of reading this article LEGO would have produced 36,000 bricks. 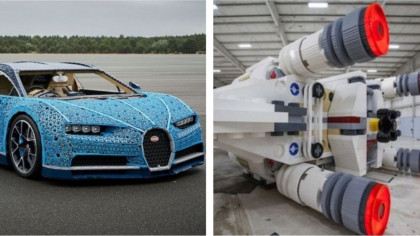 Perhaps you or someone you know has had the fortunate opportunity to play with LEGO, modeling your favorite objects from pop culture or even constructing your own imaginative world. LEGO allows people of all ages to create, build, and engineer, almost anything they can imagine.

Artists, engineers, architects, and even musicians have used LEGOs to construct, build, and prototype useful inventions. However, how much do you truly know about your beloved LEGOs?

But wait, there’s more! If you are ever going to become a true LEGO master builder you should know everything there is about LEGO. For those ready to take the next step or simply appreciate random facts, here are some of the most interesting facts about LEGO.

The LEGO company is almost 100 years old. Starting in 1932 in Denmark, the company is one of the oldest plastic toys in the world. Ole Kirk Kristiansen came up with the idea of the interlocking brick, a principle that offers users unlimited building possibilities.

Starting from a simple workshop, LEGO is now one of the largest companies in the world.

Even with just a few LEGO, you can create your own masterpiece, a good thing to know as LEGO bricks are not that cheap. If you had just six LEGO bricks laying around your room, did you know that you could combine them 915 million different ways?

Imagine what you can do with an entire LEGO set.

Why are LEGOs so Expensive?

LEGO wants to ensure that all the pieces that are created are top-notch quality. Yes, LEGOs are expensive but for good reason.

The LEGO bricks that are manufactured are created with the highest quality that makes sure the product is safe, protecting the bricks from decomposition and also from the releasing of any chemical substances.

Not Set Needed. Create Your Own.

Speaking of sets, you are sure to come across a lot as you take your occasional trip to the mall.

Any LEGO piece that you can imagine is available on these pages.

For those who want to create their own LEGO sculpture, there are currently multiple software programs available to help bring your solution to life.

Similar to a 3D modeling software, tools like The LEGO Digital Designer or Stud.io can help you bring your LEGO creation to life, helping you predict how many bricks you need for the project as well as how you should go about building your sculpture.

Pitch Your Own LEGO Idea

Now if you have created something that you believe that other LEGO enthusiasts will enjoy, then you should think about pitching your LEGO idea to the company.

Currently, on the LEGO Ideas website, you can submit your own ideas for LEGO kits. The community votes on the ideas and if you are lucky, LEGO might go ahead and produce your idea.

LEGO Sets Are Always in Demand

LEGO sets are always a highly demanded gift among children and even some adults. However, you might be surprised about how many LEGO sets are sold throughout the year.

In the three seconds, it took you to read the first two lines LEGO has sold 21 sets around the world. And, do not worry about getting some old set from last year. LEGO releases 130 new sets per year.

If you are a LEGO expert you have probably noticed that there are no military-related sets on the market. Due to the wishes of the founder Ole Kirk Kristiansen, LEGO refuses to ever create a LEGO set with a direct military theme.

Ole Kirk Kristiansen never wanted to normalize war for the children playing with his sets.

LEGO sets can be a fun but long task to complete. Every few years LEGO seems to release a set that is sure to take you countless hours to complete. However, currently, the largest commercial LEGO set is the Taj Mahal.

It might take you a while to build this set, as it contains almost 6,000 pieces.

With a factory that has not changed in 50 years, LEGO is very strong. Anyone that has had the unfortunate disaster of stepping on a brick can probably confirm this. Impressively, a normal 2x2 LEGO brick weighing in at just 1.152g can withstand a force of up to 4,240 newtons or about 950 pounds.

People Have Created Just About Everything with LEGOs

Literally thinking outside of the box is even encouraged by the LEGO group. People around the world have built mind-blowing feats that will make the kid inside of you very jealous.

Just from a simple scan across the web, you will see everything from a life-sized X wing to a fully functioning Bugatti. What would you build?

Beyond just producing the iconic bricks, LEGO has produced a series of critically acclaimed films, has a massive theme park in seven different locations, and has built their own impressive life-sized vehicles.

LEGO’s commitment to play and innovation have trickled down into everything the company does on the global stage.

You Can Get Paid to Play with LEGOs

If you spend your days bringing ideas into fruition using LEGO, maybe it is time to consider the path of a LEGO Master Builder. The role of a LEGO master builder is to create all those amazing large-scale LEGO sculptures you see at stores and at LEGO related events.

If you want to get paid to play, be sure to check out how to become a LEGO master builder. Salaries start around $37,500.