Mastercard has filed a new patent aiming to protect clients from identity fraud. With the crime constantly on the rise, the move comes at a good time.

It looks like Mastercard’s plans to hire blockchain developers last week have quickly paid off. The company is reported to have filed a blockchain patent application last Thursday whose purpose is to protect clients from identity theft.

"The use of a blockchain for the storage of identity and credential data may provide for an immutable storage of such data that can provide an accurate verification thereof and also prevent the fabrication of such data."

Identity theft on the rise

Mastercard’s concerns about identity fraud are not misplaced. The 2018 Javelin Strategy & Research Identity Fraud study found that the number of identity fraud victims in the US alone increased by eight percent in the last year, a record high since the report began tracking the crime in 2003.

“2017 was a runaway year for fraudsters, and with the amount of valid information they have on consumers, their attacks are just getting more complex,” said Al Pascual, senior vice president, research director and head of fraud & security, Javelin Strategy & Research.

The study found that despite efforts to protect consumers, identity theft fraudsters violated 16.7 million U.S. consumers in 2017 with losses amounting to $16.8 billion. Mastercard believes this is because confirming identity is a complex matter.

“Traditionally, proof [of identity] has been provided via government identification, credit cards, business cards…[such] proof may be inaccurate… or may be entirely fabricated in ways that may be difficult to identify… there is a need for a technical solution to provide for the immutable storage of identity and credential data.”

The solution the company offers is a semi-private or private blockchain system that can be used to safely store identity data by only permitting authorized nodes to submit data to "prevent the addition of data that may compromise the accuracy of the data stored therein."

This system would create a "data file" for each entity containing a public key and a "geographic jurisdiction." These would be "subordinate" entities and be complemented by "superior" entities which would provide a digital signature on their data files. 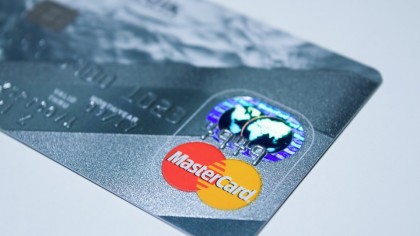 Then, a "hashing module of the processing server" would produce an "identity value" for each entity. The module would also generate a timestamp of the most recent block added to the blockchain, supplying another level of protection.

News of the new system could serve to calm customers. Javelin reported that the number of consumers concerned about fraud rose from 51 percent in 2016 to 69 percent in 2017 and that 63 percent of them said they were ‘very’ or ‘extremely’ concerned by identity breaches.

The patent, published by the US Patent and Trademark Office (USPTO), was originally submitted in September of 2017. Previous blockchain patent submissions by Mastercard have included a system to facilitate refunds for cryptocurrencies and one for a database for instant payment processing.