Sex Ed courses often teach that it's a long journey for individual sperm to reach the fallopian tubes. Now, new research details exactly what leads to the success of some over other, slower swimmers. It all comes down to rhythm. Researchers from English Universities of York Birmingham, Oxford and Kyoto University in Japan discovered that the fateful swimmer's tail creates a rhythm to propel it forward. Successful fertility relies on that rhythm. 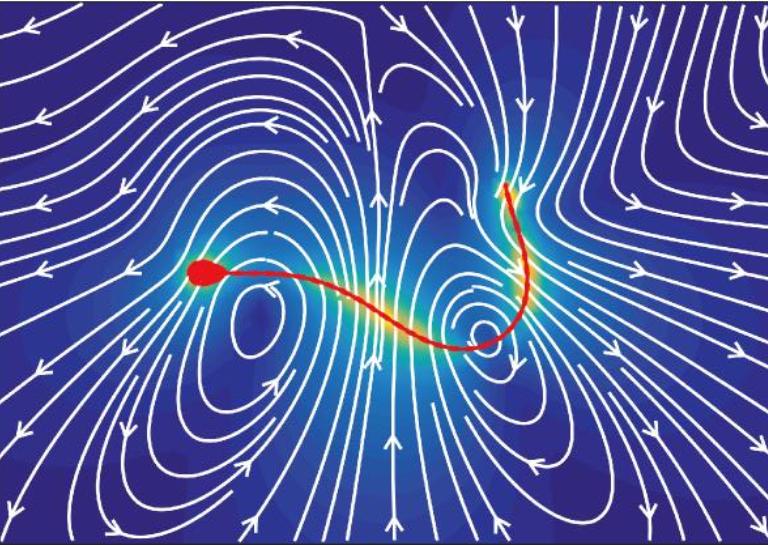 Of the 50 million sperm released to find an egg, only about 10 make it that far. This harrowing journey makes conceiving a child that much more spectacular, said study author Hermes Gadelha.

"Every time someone tells me they are having a baby, I think it is one of the greatest miracles ever - but no-one realizes," said Gadelha, a lecturer in applied mathematics at the University of York.

But how exactly did these mathematicians develop this correlation? Gadelha explained the multipart process.

"Measurements of the beat of the sperm's tail are fed into a computer model, which then helps to understand the fluid flow patterns that result from this movement.

"Numerical simulations are used to identify the flow around the sperm, but as the structures of the fluid are so complex, the data is particularly challenging to understand and use. Around 55 million spermatozoa are found in a given sample, so it is understandably very difficult to model how they move simultaneously.

"We wanted to create a mathematical formula that would simplify how we address this problem and make it easier to predict how large numbers of sperm swim. This would help us understand why some sperm succeed and others fail."

Knowing more about this movement could help explain some cases of male infertility. Prior to this discovery, it would've been nearly impossible to understand how large groups of these swimmers interact.

In an interview with BBC, sperm expert Allan Pacey with the University of Sheffield said sperm research is more important than most realize. "The more we know about sperm the better. This might help infertility treatment in some small way but there are lots of other factors to consider too."

The research also saves money by using math rather than expensive computer simulations to understand how they swim.

SEE ALSO: Everyday Formulas That All Engineering Students Use