A critical unsolved problem in the mathematics realm might’ve just found its solution, according to world-renown mathematician Sir Michael Atiyah.

Atiyha, one of the UK’s most prominent mathematicians, presented a solution for the famed Riemann hypothesis at the Heidelberg Laureate Forum in Germany.

The announcement is stirring up plenty of discussions online and among maths experts.

What is the Riemann hypothesis

The Riemann hypothesis has everything to do with prime numbers -- those numbers which can only be divided by itself and 1. Since the beginning of maths, there’s been a fascination with how to predict what number comes next sequentially in the prime number series.

Bernhard Riemann made a massive breakthrough in prime number theory with an 8-page paper published in 1859.

Rather than try to determine where prime numbers were, Riemann’s paper looked at the phenomenon of prime numbers. As the Clay Mathematics Institute explains:

called the Riemann Zeta function. The Riemann hypothesis asserts that all interesting solutions of the equation

However, a mathematician who successfully presents a solution to Riemann’s hypothesis would be able to map the location of all prime numbers. This set the Riemann hypothesis up to be one of the six unsolved Clay Millennium Problems. Should anyone undisputedly solve one of these iconic problems, the mathematician(s) would be awarded a $1 million prize from the Clay Mathematics Institute and become a maths hero.

In his discussion today, Atiyha described a “simple proof” built upon a foundation from mathematicians John von Neumann and Friedrich Hizrebruch.

“It looks miraculous,” explained Atiyah, “but I claim that all the hard work was done 70 years ago.” 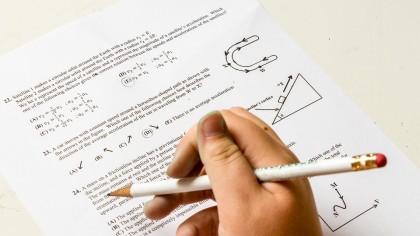 Next steps for the proof involve extensive peer review, something most mathematicians haven’t had time to do given the sudden nature of the announcement.

“The Riemann hypothesis is a notoriously difficult problem,” said Nicholas Jackson at Warwick University in the UK in an interview with New Scientist. “Lots of other top-rate mathematicians have nearly but not quite managed to prove it over the years, only for a subtle flaw in the proof to become apparent.”

If Atiyah’s mathematics theory holds, he could be one of the oldest math experts to propose a solution and have it succeed.

A Pensioner Accidentally Ejected Himself From a Fighter Jet Mid-Flight