Meet Bert, The AI System That Can Finish Your Sentence

AI has been making leaps and bounds in the world of Natural Language Processing, now going as far as predicting sentences.

Meet Bert. Developed by Google alongside the Allen Institute for Artificial Intelligence, the AI system, Bert can complete the missing parts of sentences almost as well as some humans.

With its fundamental understanding of language, Bert or Bidirectional Encoder Representations from Transformer, can take a sentence like “the man walked into a store and bought a ____ of milk”, and fill it with the appropriate words.

Though it may seem like a simple task, this is no small feat for AI and can open the doors to a wide range of possibilities for artificial intelligence.

For the uninitiated, NLP, or Natural Language Processing, lays at the cornerstone in the latest developments in Artificial Intelligence. NLP is a tool for computers to communicate with humans effectively, including different components like speech recognition, sentiment analysis, and machine translation.

The subfield of Artificial Intelligence, Natural Language Processing brings computers closer to a human-level understanding of language. As you can imagine computers do not intuitively understand the way humans do. “Understanding”, even the most simple phrases can be very difficult.

Because computers can't necessarily read "in between the lines researchers "employ the recent advances in Machine Learning and Deep Learning to perform things like language translation, semantic understanding, and text summarization. You have probably encountered some products already using an early version of NLP.

The Rise of AI

Google’s Bert is a significant leap in the world of Artificial Intelligence. A computer system like this can learn, understand and process the small idiosyncrasies of language and use them to tackle specific tasks. There could come a time, where you could have full blown conversations with a computer system.

In a practical sense, the Google and Allen Institute's NLP program could be used to improve technology that you already have in your home like Alexa and Google Home as well as automating some business practices down the road. 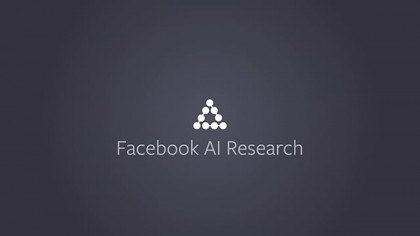 Bert learns by analyzing millions of sentences via books in all genres even including romance novels and science fiction novels. Through this extensive library of data, Bert learned to guess missing words anywhere in a sentence, being able to understand the basic relationship between words. This allows Bert to predict missing words phrases, in sentences or even in small stories.

With this same skill and knowledge, Bert gives explanations to questions, or even gage the sentiment of a movie review, answering if the review is positive or negative. Bert has been able to even tackle the Allen Institutes Common Sense, test.

Though Bert is a big leap in the right direction, researchers are nowhere near where they want to be with AI, and Bert is still far from having human common sense.

Who knows, in the near future you could be having late night conversations with your home system. Bert is currently already trained in 102 languages.

Meet the Man Who Can 'Design' Snowflakes on Demand