With the rise of renewable energy sources, engineers are on the search for the generation technique that could lead to a sustainable future. While common green sources for harvesting energy are wind and solar, one engineer believes that harvesting the power of tornados could solve the world's energy crisis. Canadian inventor Louis Michaud has spent his entire life developing vortex engines and vortex generators to the point of obsession. Through the heating of air through the Sun, Louis is convinced that mile-high vortex engines will power the cities of the future. Check out the brilliant interview of everything he has done below.

There comes a point in every engineer's life that they have to decide if they will care what others will think of their work. Harnessing the power of vortexes sounds absurd, but Louis believes so fully that he can make it work, it has led to hundreds of thousands of dollars of funding.

The tricky part behind his vortex engines is figuring out the best way to create a sustainable vortex. He believes that one day, excess heat from power plants or heat from the Sun can be used to heat air and begin rotation to create a sustainable vortex. As the warm air creates a vortex, it is believed that the pressure differential at the base of the vortex could be used to drive turbines, thus generating electricity. 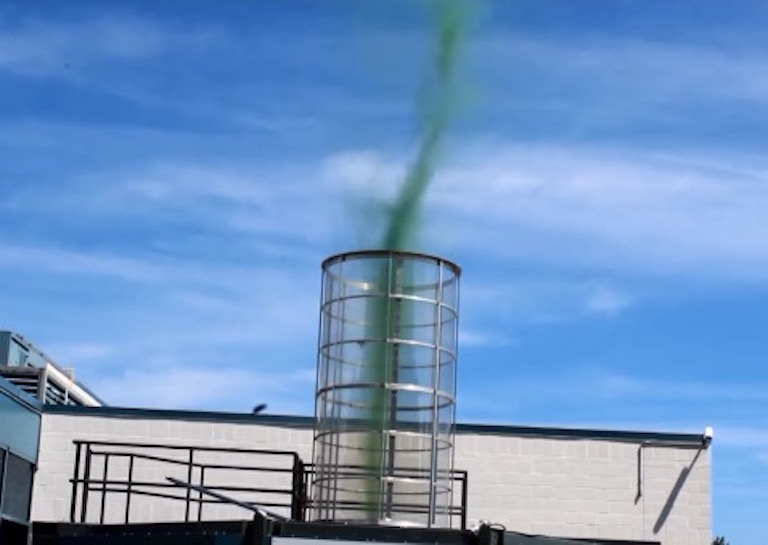 As a whole, the idea isn't really that crazy, even though it may sound it. A sustainable, somewhat naturally occurring vortex could mean very clean and cheap energy product. The real question is determining the best way to create a vortex, and that is something Louis and his team are still after.