Imagine an elevator chain without doors, that never stops, that you have to jump in or out, and carries only two people. That is paternoster. If you have never been in Germany, the Czech Republic, or Great Britain, you might not have heard about them. Thus, this is an old-school technology, which we haven't used since 1990's because of safety laws.

It sounds like it is more fun to use a paternoster, it even sounds like a kind of journey, at least, you have to be awake and ready to jump in or out, which means a high level of adrenaline! On the other hand, the paternoster lift is a great engine, which consists of a chain of open cabins, which are typically for two persons, and moves slowly in a loop, up and down in turn. We can even describe it as a great sample of basic physic rules and engineering.

Nowadays, plenty of the paternoster lifts are based in Germany (230), Czech Republic (68), Austria, Poland, Denmark, Hungary, Sweden, Slovakia, Finland, and the UK. The only two paternosters which built out of the Europe are in Malaysia and Peru. 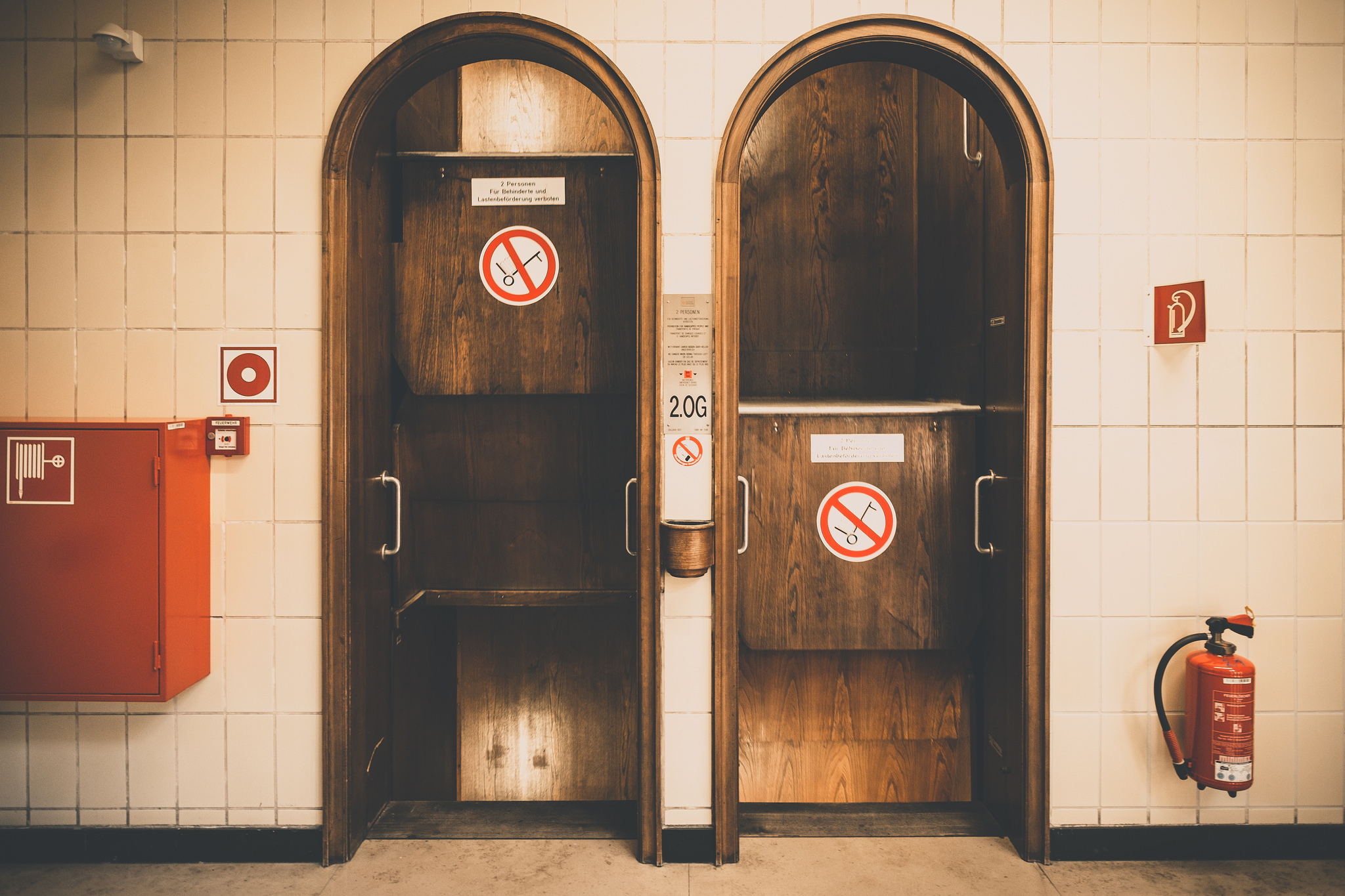 The first paternoster lifts were installed in the Oriel Chambers of Liverpool in 1868, by Peter Ellis, who was the architect. It was a big deal in regards to human transportation, mechanical engineering, and architecture as well. 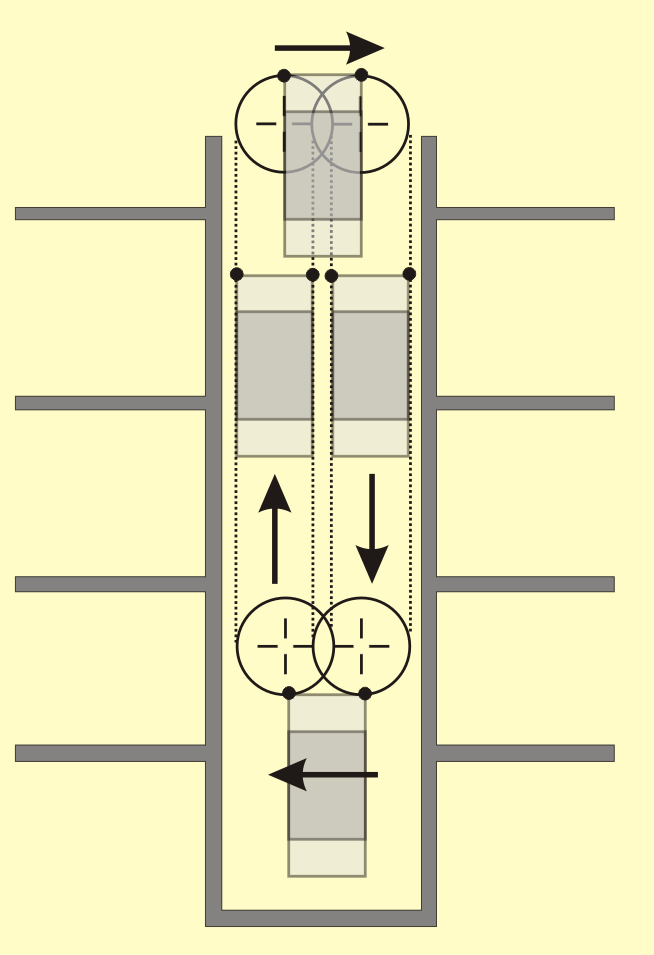 The invention got big attention, British engineer Peter Ellis got the patent on the first paternoster in 1877. And in 1884, J & E Hall, which is an engineering firm, built its "Cyclic Elevator". Like its great engineering miracle, the name paternoster means 'Our Father' which is deeply related with the first two words of the Lord's Prayer in Latin. The elevator was in the same loop of rosary beads as well. 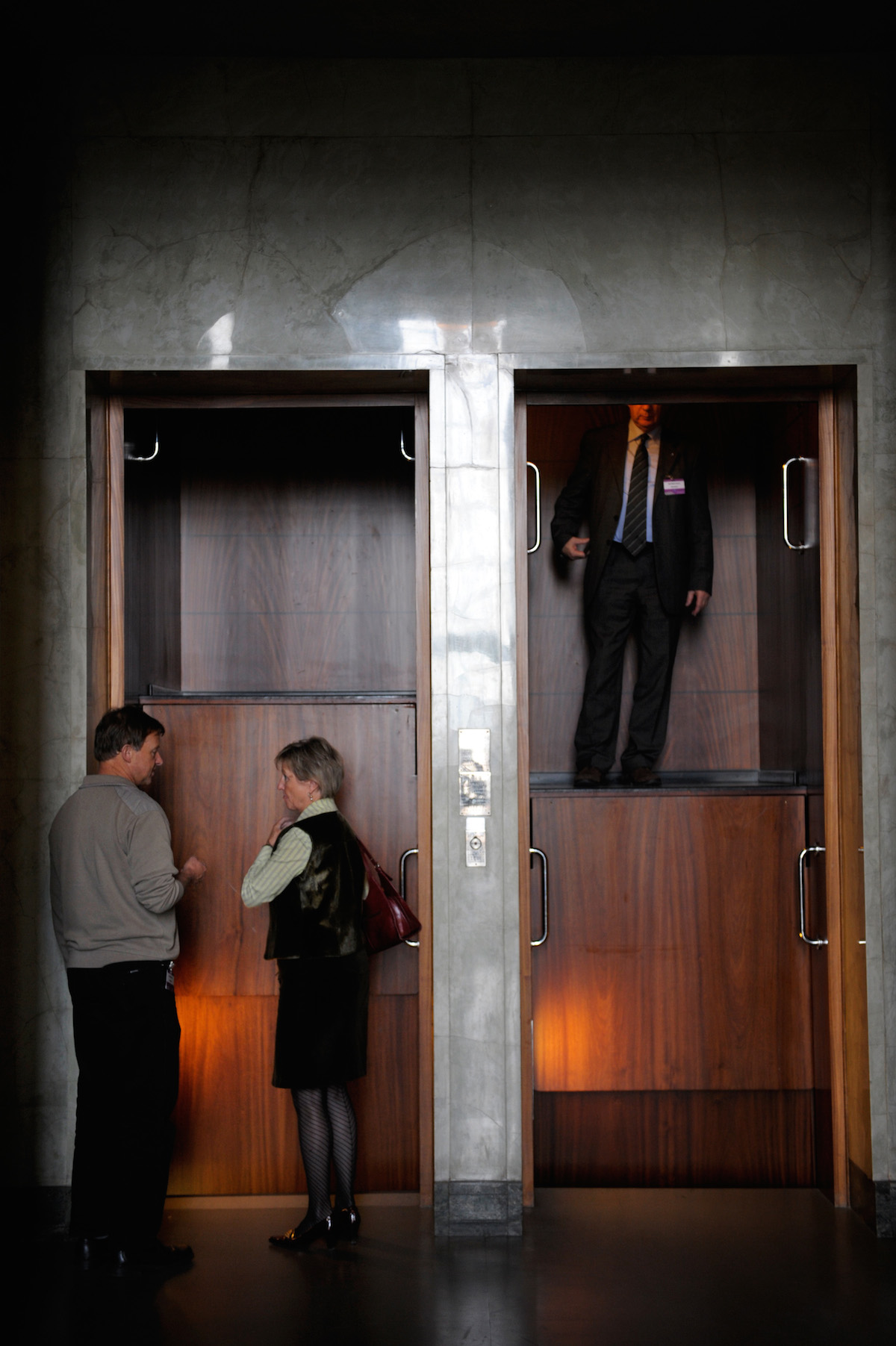 The rest of the world but Europe didn't pay attention at all to this innovation, but in Europe, they were installed in highly important public buildings. In addition, the paternoster is a quite slow elevator, moving around 0.3 meters per sec.

So it is fairly enough to get in and off, but according to laws, building new paternosters are not allowed in many countries to prevent the accident possibilities, for the reason that it is highly dangerous. 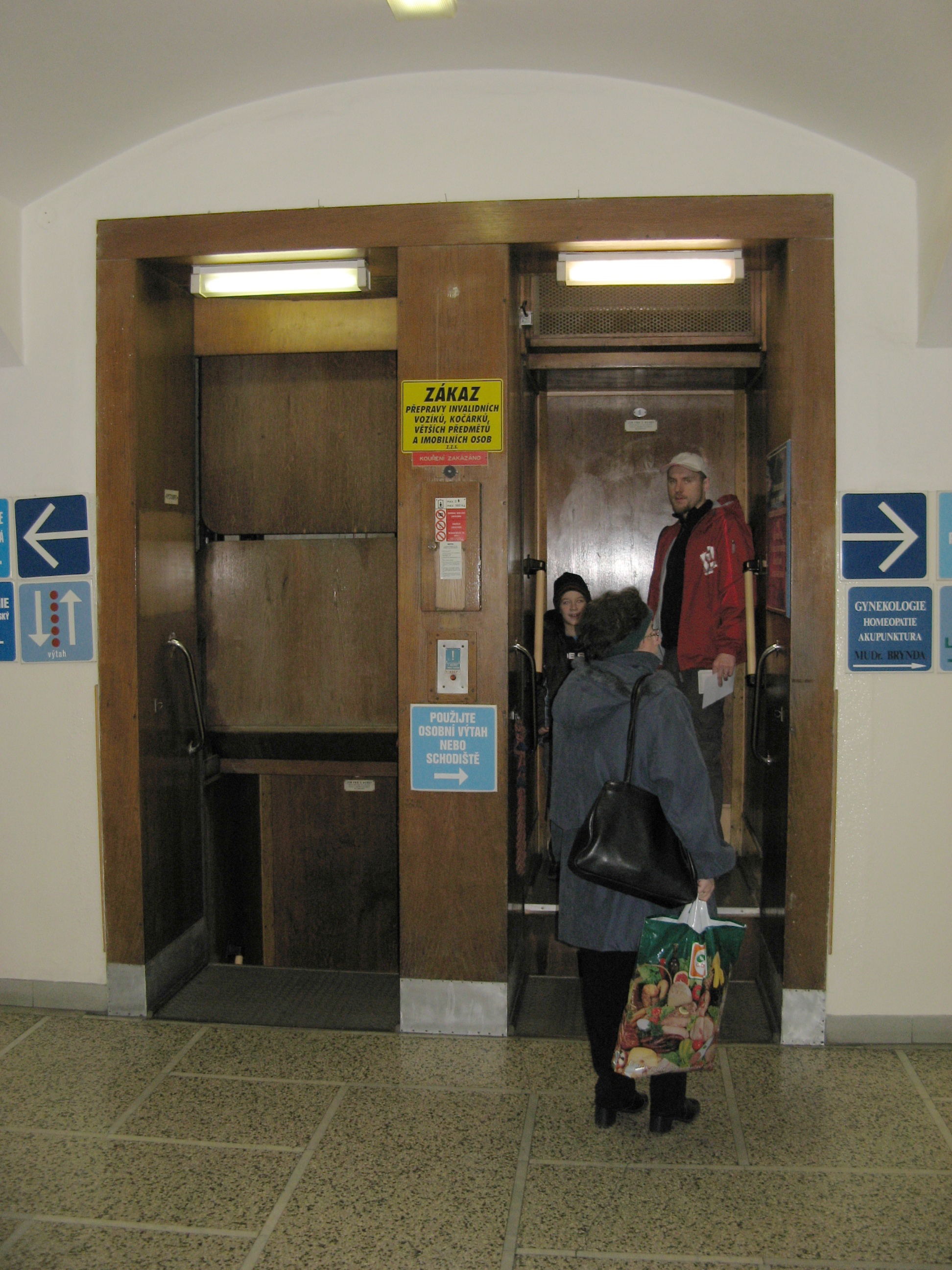 However, if you will be around Europe and want to see one of them, you can check your destination on the list here. It is a great spot to breathe the engineering and respect to old mechanics. Besides, it is also a great picture for video makers. 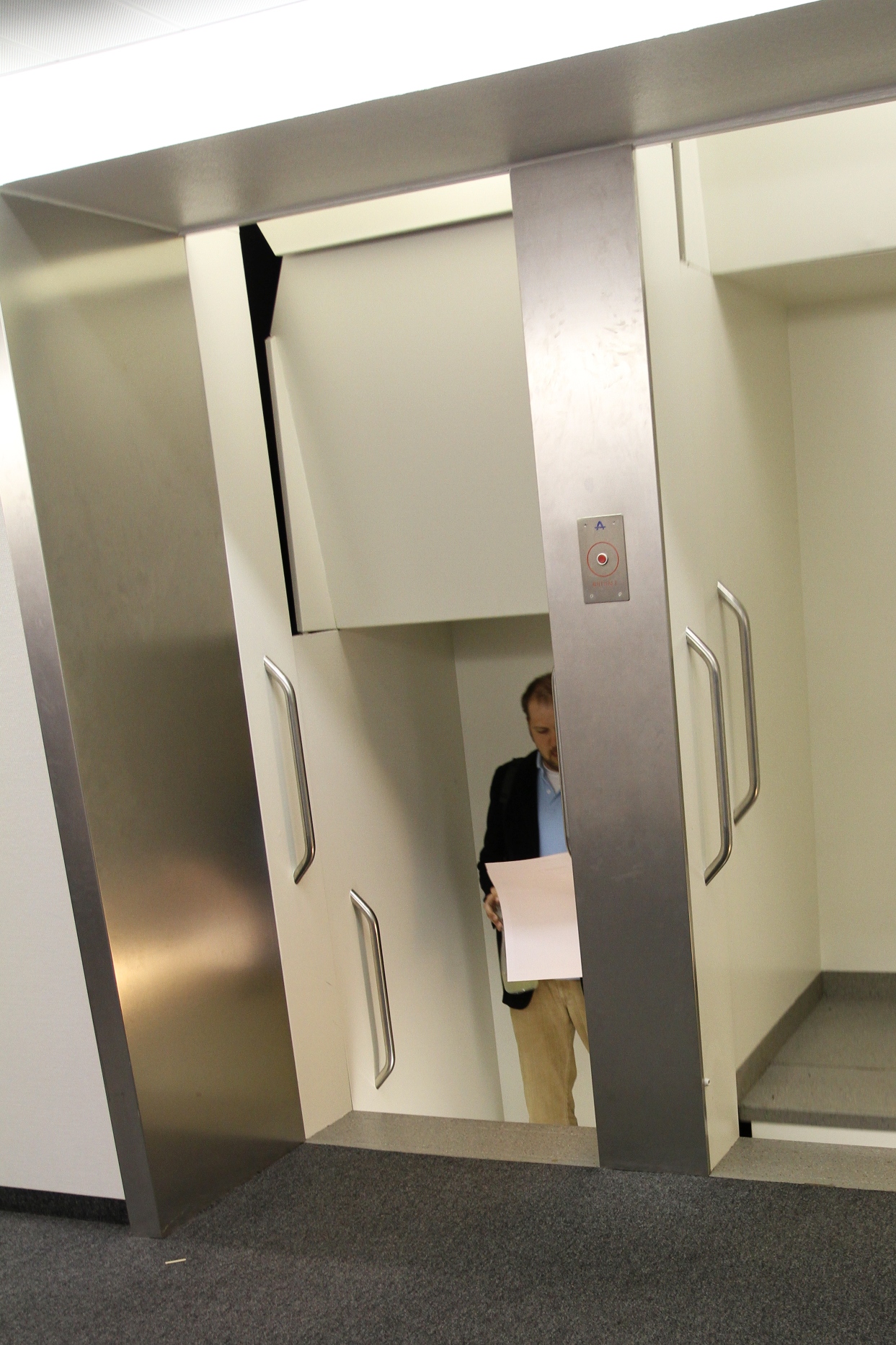 A couple years ago, Hitachi developed a system that works like a paternoster, a “circulating multi-car elevator system” which has endlessly-looping cars as well as “up” and “down” sides. 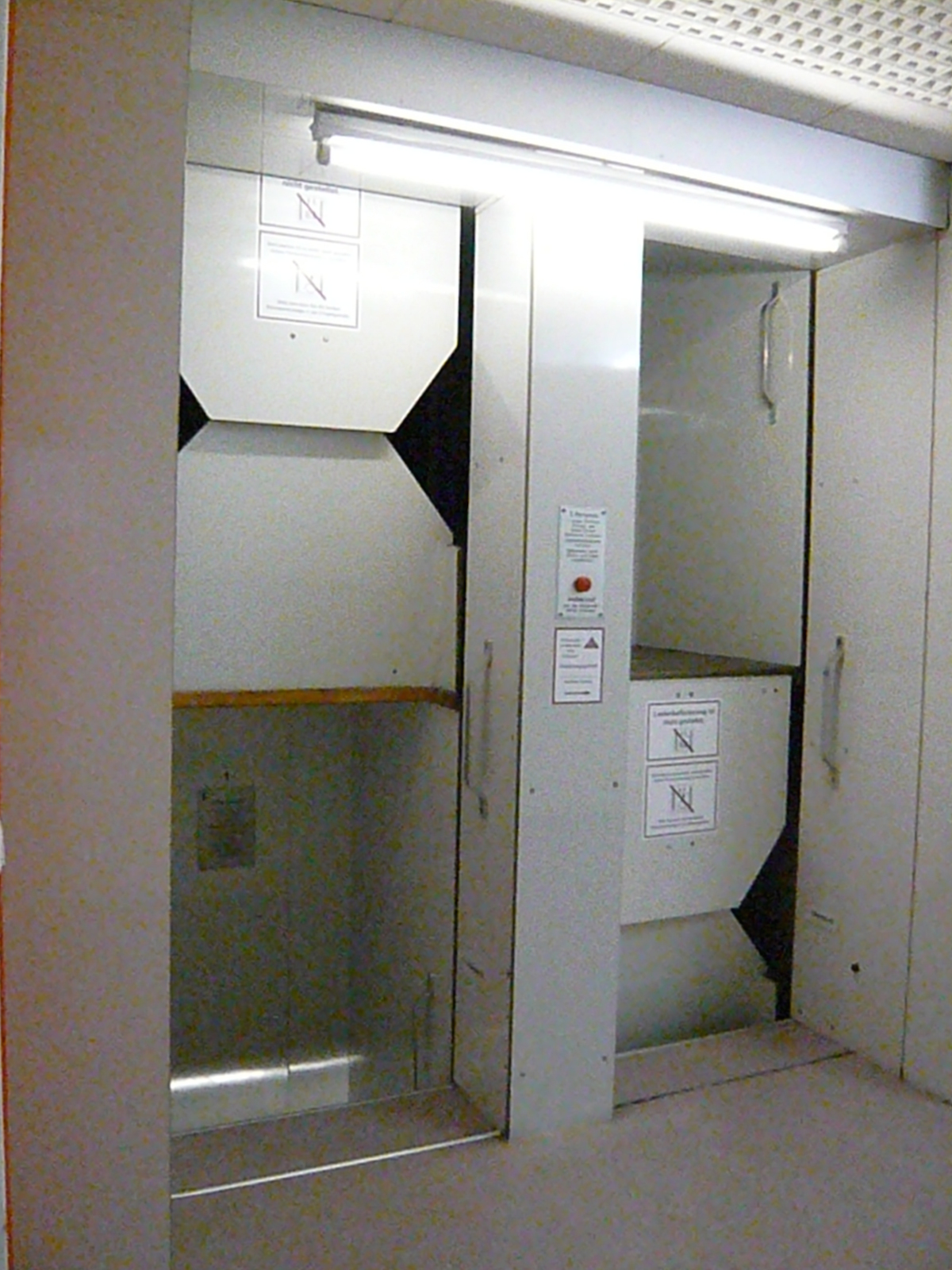 Some people like Matt Croydon, are highly into saving the paternoster and there's much detailed information to share. If you are one of them, you can read and listen that why we should save the paternoster here in The Tinycast.