Meet the Gigantic Desktop iPod of the 1970s

Back in the days before iPods and portable music players, people had to settle for large collections of cassettes, CDs, and other music storage device to keep their favorite songs on. In the 1970s, there existed few machines that could keep large amounts of music readily playable for home use. Called the RS-296, this machine was capable of stocking 2 days worth of cassette tapes ready to play whenever the user desired. It weighed 40 pounds and is one of the only devices that implemented a system to store and play many cassettes.

Eventually this device was beat out when the CD became more prevalent, but at the time this was top of the line. Up to 20 cassettes were loaded into the RS-296 which had a rotating wheel that would spin to select or change albums. It is actually quite similar to how a record player worked in function, except where one record would be placed, there were 20 cassette tapes. Cassettes had their downsides, and so did the machine. The machine couldn't fast forward, skip tracks, or even play one side of a tape before another, according to Gizmodo. 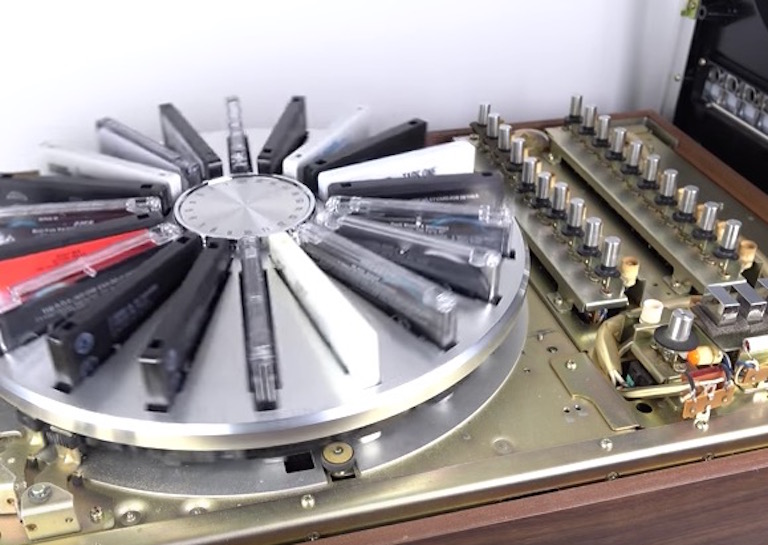 If you wanted to get your hands on this device back in the 1970s, it would have cost you today's equivalent of $1,000. Needless to say, the rather interesting device never quite took off.

SEE ALSO: You Can Have Your Own Personal IoT With MESH