The Chinese Government-controlled Xinhua News Agency announced this week that they were set to roll out their latest AI news presenter, a female-gendered system names Xin Xiaomeng, within a few weeks.

Working in collaboration with Chinese search engine company Soguo to produce Xin, it was stated that Xin Xiaomeng will debut during coverage of the upcoming Two Sessions meetings in March.

Xinhua and Soguo have also announced that they have built an improved male-gendered AI system named Xin Xiaohao, who is able to gesture, stand, and move more naturally than Xin Xiaomeng or Qiu Hao. 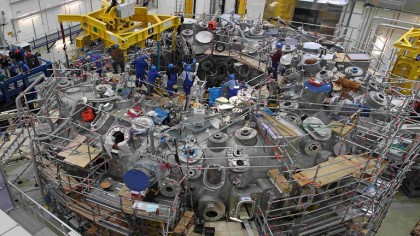 Xinhua has said it is very satisfied with their AI presenter so far. As of now, after only about 5 months of service, Qiu Hao has already presented 3,400 reports and has racked up 10,000 minutes of screen time. Such systems also make it possible for one presenter to present two different stories at the same time to different TVs or displays.

Xinhua hopes to use its two current AI presenters to present news out of the Two Sessions meetings. China is often said to have the most restrictions on speech and Internet freedom of any other major country on earth, so it might make the Chinese government more comfortable to use AI reporters than flesh and blood humans with biases, opinions, and the like.

Two Sessions, China’s most important political event of the year, is a pair of annual sessions of China’s Legislature, the National Peoples Congress (NPC), and the National Committee of the Chinese People's Political Consultative Conference (CPPCC), the nations top political advisory committee.