This week studies revealed that retreating arctic glaciers were causing new species of fungi to be unleashed while another found 2018 to be the hottest year for oceans ever.

Everywhere you look there is more and more news about the devastating effects of global warming. This week is no different, in fact, it might be getting worse.

Several new studies released are now revealing even more problematic environmental issues that simply can not be ignored. The first two are separate papers outlining the discovery of two new species of fungi revealed due to retreating glaciers. 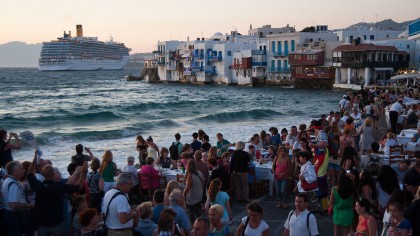 Published in the International Journal of Systematic and Evolutionary Microbiology, the studies reveal potentially dangerous never before seen fungi found in a melting glacier on Ellesmere Island in the Canadian Arctic.

"The knowledge of fungi inhabiting the Arctic is still fragmentary. We set out to survey the fungal diversity in the Canadian High Arctic," said Masaharu Tsuji, a project researcher at the National Institute of Polar Research in Japan and first author on both papers.

"We found two new fungal species in the same investigation on Ellesmere Island."

Tsuji also warned that only about five percent of fungi species have been discovered but that the introduction of more types could have "catastrophic knock-on effects throughout the ecosystem." And it might be getting worse fast!

"Climate-related effects have been observed in this region over the last 20 years," Tsuji explained. "Soon, some of the glaciers may completely melt and disappear."

Meanwhile, an international team published their 2018 ocean heat content observations in Advances in Atmospheric Sciences, and the findings were more than worrisome. The team found that 2018 is the hottest year ever recorded for the global ocean.

The reason why this is so problematic is that ocean heat content is considered to be one of the best ways to measure climate change evolution since more than 90% of global warming heat is deposited in our now vulnerable oceans.

"The new data, together with a rich body of literature, serve as an additional warning to both the government and the general public that we are experiencing inevitable global warming. The ocean and global warming have already taken place and caused serious damage and losses to both the economy and society," said Dr. Lijing Cheng, the lead author of the report.

The impacts of rising ocean temperatures are as varied as they are troublesome. From saltwater contaminating fresh water wells and directly impacting the quality of our drinking water, to an increase of often violent storms, to the death of corals, oceanic heating is responsible for many dangers to our planet and humanity at large.