Fieldwork carried out by a team of archaeologists in Norway's Mountains of Oppland is being assisted by melting glacial ice.

In an ironic twist, the forces of climate change and global warming seem to have done the work of helping to unearth ancient artifacts (of course, those buried in extremely cold or arctic climates).

In this case, it’s not one, but in fact a series of discoveries of artifacts recovered from glacial melting ice spanning areas as far as North America, Scandinavia, and the Alps, with the same thing in common: the items had been perfectly preserved, like frozen time capsules. The team is led by archaeologist and Co-director of the Norway-based Glacier Archaeology Program at Oppland County Council Lars Pilø.

The Secrets of the Ice multi-expedition project was launched in 2006 for the sole purpose of unearthing and documenting these types of prehistoric items, with Oppland County, one of a total of 19 counties in Norway, being the site of the most glacial melt-centered archaeological finds in the world. Pilø shares that despite the daunting and exhaustive nature of the work—in the end, the team recovered more than 2000 artifacts since their work began—but is exciting and brings with it unexpected surprises: “This is a new and fantastic archaeological record of past human activity in some of the most remote and forbidding landscapes.”

The data and observations related to some of their work, published in an article titled "The chronology of reindeer hunting on Norway's highest ice patches" was published this week in The Royal Society Open House, revealing clues about reindeer hunting patterns in earlier periods of history, with the aim of opening “an unprecedented window on the chronology of high-elevation activity.”

The article also reveals that some of their finds date back to around 4000 BCE. Radiocarbon dating was performed on a total of 153 objects using a kernel density estimation (KDE) method, used to make inferences about a population being studied in cases of a finite data sample. They used it to conclude that the cold temperatures could have made a larger than expected impact on accessibility to the mountainous areas.

The Challenges, Lessons, and Mission Behind Glacial Archaeology

Since the work of the team was launched in 2006—Pilø refers to the team tasked with this work as being “unlikely beneficiaries of global warming,” they have been facing an increasing race against time scenario: 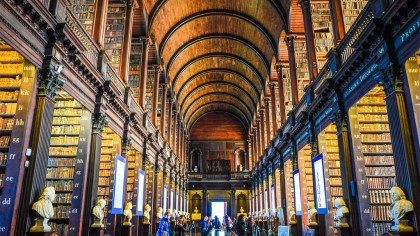 “The moment these artifacts melt out of the ice, they're immediately vulnerable to the elements,” says James H. Barrett, a University of Cambridge environmental archaeologist and study co-author. He adds that the greater reward, beyond discovery, is providing tangible proof of the effects of global warming: “Fieldwork is hard work—hiking with all our equipment, often camping on permafrost—but very rewarding. [You're] rescuing the archaeology, bringing the melting ice to wider attention, discovering a unique environmental history and really connecting with the natural environment,” he commented.

Despite the labor-intensive aspects of the work and the harsh climate they encounter on their expeditions, all exacerbated by the stark reality of global warming, the lucky team of 9 continue to endure and press on, guided by a mission to preserve history.

Via: RSOS, Secrets of the Ice, National Geographic