Mercedes-Benz Rolls Out a New Assistant in Infotainment Systems

To revolutionize the driver experience, the automaker announced an entirely new assistant for their drivers to use.

A number of automakers took to the stage at CES this year and included various partnerships with home AI brands like Amazon's Alexa and the Google Assistant. But partnerships didn't seem good enough for Mercedes-Benz. The German automakers decided to craft an entirely new voice assistant catered to the needs of both its cars and drivers.

The experience interface software will be called the Mercedes-Benz User Experience (or MBUX). It'll come with the new generations of A-Class hatchbacks that are due out later this year.

The speech assistant itself is called the LINGUATRONIC with assurances that the name will be changed to something else entirely once the cars and systems hit the United States. Mercedes-Benz said the system itself had been in the works for almost 20 years, but the delay came from making sure that the vehicles could understand indirect speech. For example, rather than saying "set passenger side temperature to 50 degrees," the system needed to configure how to appropriately respond when a driver said, "Mercedes, I'm too hot." 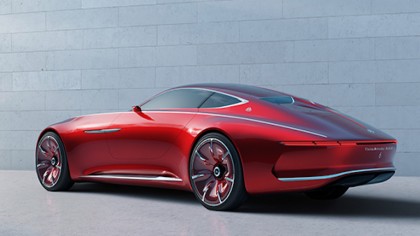 Mercedes-Maybach 6 Coupe is the Future of Luxury Cars

“It needs to be a holistic user experience,” Ola Källenius, a board member for group research and Mercedes-Benz cars development, said to a group of reporters Tuesday.

For Mercedes-Benz, the developments and upgrades represent things that could elevate the company in terms of accessibility and functionality to their drivers.

"Our notion of mobility will change more dramatically in the next five to ten years than in the preceding 50," said Källenius in a statement. He's currently responsible for Group Research and Mercedes-Benz Cars Development. "Our CASE strategy will help us to shape the future of mobility. The objective is to make the car a platform for future mobility concepts and a space that offers a digital experience. The car of the future must be connected, autonomous, emission-free and deliver the possibility of shared mobility."

The touchscreen is incredibly straightforward in how it operates from a user experience standpoint. The display is large and can be customized to show off a driver's most used features. According to Mercedes-Benz, it's intended to combine "emotionality with user-friendliness, with a focus on the straightforward operation by means of touch-sensitive surfaces."

Another key feature that separates the display's capabilities from other automakers' touchscreens is in navigation. Rather than using Google Earth navigation (like Audi does on its maps), Mercedes invested in HERE to craft maps for its infotainment upgrade. Those maps offer a clear picture and come with detailed 3D graphics that are designed to pop off the screen while driving at night. Drivers can also access a 2D version of the map that can replace some of the secondary gauges on a display. During the presentation, Mercedes announced they used two NVIDIA chips to power MBUX, but reassured everyone that the infotainment centers would look, feel, and function the same way across all of their newer models.

Original reporting was done by Interesting Engineering's Naomi Dureau, our correspondent at this year's CES in Las Vegas, Nevada.