Mercedes-Benz Zetros is a luxury apartment on wheels

If you have ever wanted to go off-roading but you like your luxury lifestyle too much then you are in for a treat thanks to the Mercedes-Benz Zetros, which is basically a luxury apartment on wheels. The luxury off-roader is the result of a partnership between Mercedes-Benz and Hartmann Spezialkarosserien. 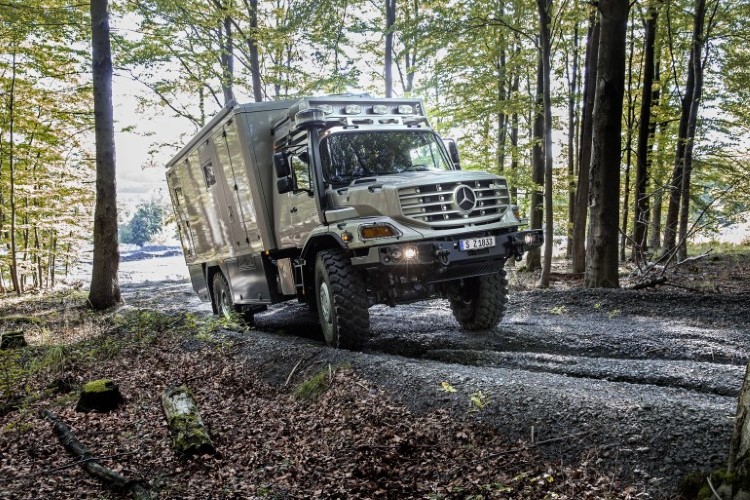 The Zetros is a decent sized mobile home that has the advantage of the Zetros platform from Mercedes-Benz. The vehicle has all-wheel permanent drive, along with three differential locks and a two-stage transfer case that allows the truck to venture anywhere. Mercedes said that the Zetros can travel in rivers up to 1.19 meters in depth and also climb up hills of 80% gradient and has an axle articulation of 2 x 500mm. 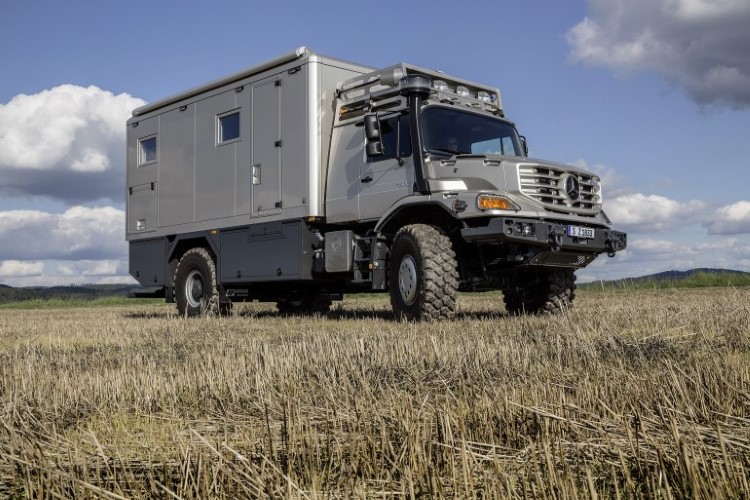 The power for the truck is a 7.2 litre inline six cylinder offering 240kW, teamed with a six-speed automatic gearbox. When the driver has reached their destination for the night, the mobile home is transformed from a truck of superb performance into a luxurious mobile home. 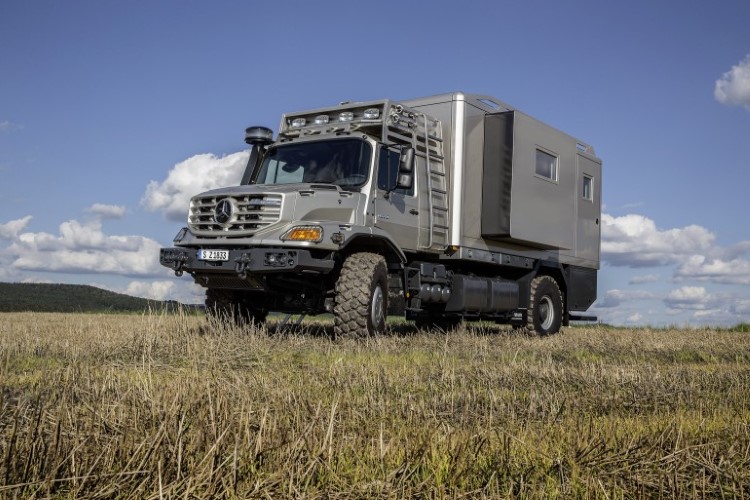 This is thanks to the 6.6 by 2.4 meter apartment that is carried on the back of the truck. If more space is needed the Zetros can provide it by way of an electrically operated extension that has a carbon fibre skin.

The interior of the mobile home comes packed with equipment from Hünerkopf, including a kitchenette, a bathroom and shower and a double bed. Interior lighting is by way of low power LEDs and these can even be dimmed. If you want to keep up to date with the outside world while on your travels there is an internet connection and a TV by way of two separate LED displays that are connected to a Bose sound system. 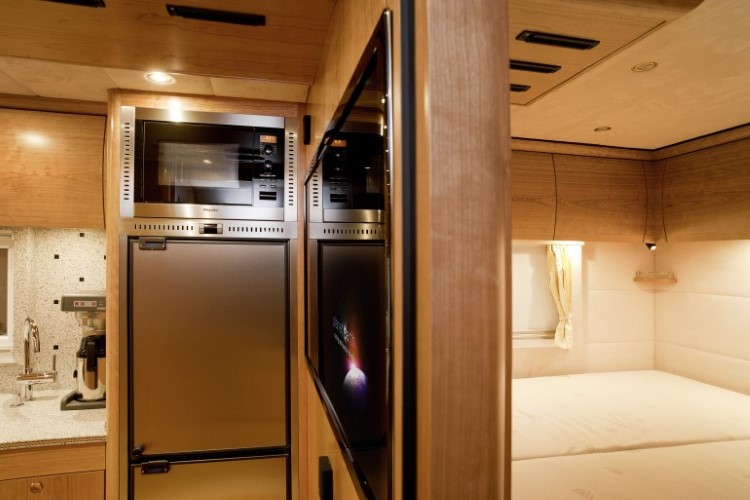 While a lot of thought has gone into the design to make the Zetros luxurious, Mercedes-Benz didn’t forget about the practical side to off-roading. The truck is able to carry 300 litres of water and 600 of diesel, while electric power is by way of lithium-ion batteries and a back-up of solar energy. If these should fail for any reason, there is always an on-board power generator to fall back on. There are two diesel powered hot water shower systems that are independently operated too.

The Zetros will be revealed in configuration level at the Caravan Salon in Düsseldorf and a completed version is going to be the highlight of the IAA Commercial Vehicle Show 25 September in Hanover.

In the meantime, check out some record breaking caravans here.

A Solar-Powered Home on Wheels Will Go on a 1,800-Mile Journey