Mercedes-Benz has congratulated BMW on their centenary with not only a very friendly advertisement, but an invitation to visit their museum. In what is likely the most heated competition between automakers, BMW and Mercedes-Benz have been battling for the top spot in their automotive fields for as long as they have existed. There have even been other ads from each company that jab at the other's performance, or sheer capability. The advertisement released from Mercedes-Benz can be seen below, saying "Thank you for 100 years of competition," marking a very nice gesture often not seen in the heated battle.

The congratulations comes also from a press release from Mercedes, and it begins with an invitation for BMW employees to visit the Mercedes museum. From March 8 to March 13 BMW employees will enjoy free admission, and if anyone arrives driving a BMW, they will get preferred free parking right next to the entrance. The cafe will also be serving up a special Swabian treat at the end of the first 50 employees' tours. This gesture demonstrates that at the core of a major rivalry, each company has profound respect for the other's accomplishments. 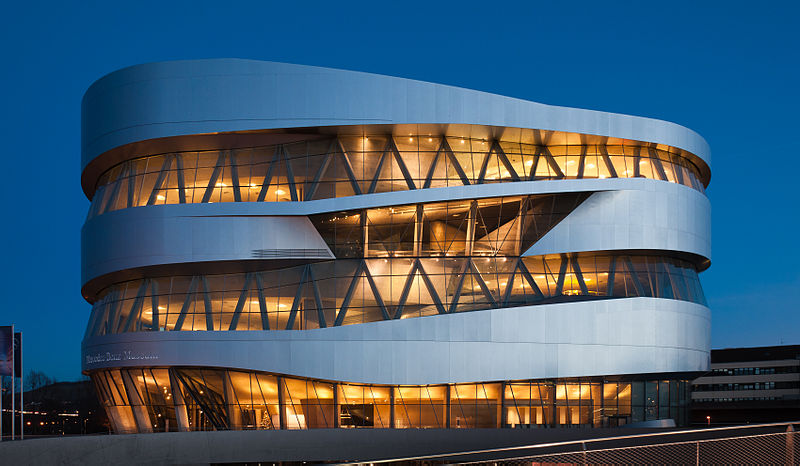 The two companies haven't just gone head to head in the commercial car market, but they have also been fierce competition in the racing industry as well. From F1 to rallycross, each car manufacturer has gone head to head, often trading each other for the top spot.

Founded on March 7, 1916, BMW has helped bring the German automotive industry much of its international reputation. Mercedes on the other hand was founded 30 years earlier in 1886 by Carl Benz and Gottlieb Daimler. Even though Mercedez-Benz technically has been around for longer, they are glad to welcome the beneficial competition from BMW.

"We warmly congratulate the globally renowned company BMW on its anniversary and invite all employees of BMW AG to discover the complete history of the automobile at the Mercedes-Benz Museum," stated Ralf Glaser, head of press and marketing at Mercedes-Benz Classic.

The tour at the museum takes visitors back 130 years into automotive history creating a living timeline of how the automobile developed.

"The unique exhibition at our museum, which opened at its new location ten years ago, takes visitors throughout the history of the automobile from its earliest beginnings – always in the context of the given historical and cultural background and contemporary innovative developments," continued Ralf Glaser.

One thing is certain however, the competition between the two luxury car makers will continue on even after the warm feelings fade from this kind gesture. Wherever you may stand in the debate of BMW or Mercedez-Benz, you can still admit that this ad from Mercedes brings a human quality to the luxury car company.