Manholes are essential to maintaining underground sewage and pipe networks, but repairing them can get a little tricky. For the most part, engineers try to avoid placing manholes under roadways, but many times there is no getting around it. A manhole is needed ever place where a sewer line needs to make a turn, or they are placed at designated intervals based on local code and engineer's discretion. Manholes in roadways will sink over time, and eventually, they need to be raised back up again to make them serviceable. The machine below is perfectly fit for the task, as crews drill out a manhole and raise the cover. Check it out.

Essentially, this machine is like a giant hole saw but for concrete and manholes. The manhole saw is used for installing new manholes or repairing and replacing old manholes. The cutting head on this device is 5 feet in diameter and can drill through 14 inches of concrete in 90 seconds. When the cut is completed, a small lifting arm inside of the saw lifts the old manhole cover and concrete out of the hole to place in another location. Then work can begin on the repair. While a hole saw this big is a massive device, it can still be used as an attachment to a skid steer or bobcat, like shown in the video. 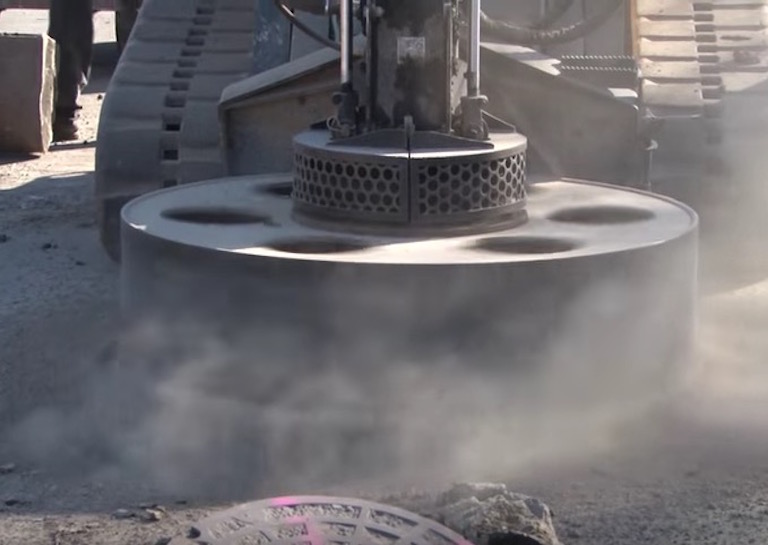