Michelin is set to revolutionize the tire and the wheel with their new Vision concept. Presented at the Movin’On conference in Montreal this week the idea is a one-piece wheel-and-tire combo that according to Michelin is  “airless, connected, rechargeable, customizable and organic.”

The concept tire, or ‘tweel’ as it has been dubbed, is 3D printed from bio-sourced materials that include natural rubber, bamboo, paper, tin cans, wood, electronic and plastic waste, hay, tire chips, used metals, cloth, cardboard, molasses and orange zest. 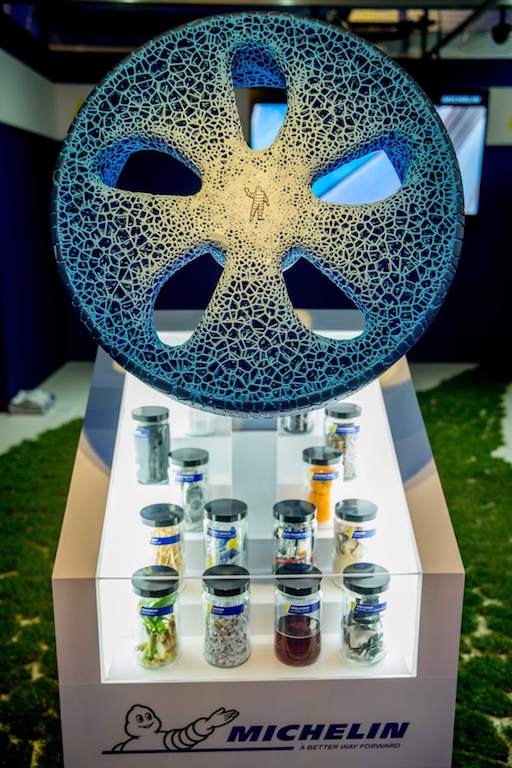 The Vision concept uses an interior architecture that mimics the natural cellular structures found in coral. The one piece design is hard at the center, gradually getting softer at the edges. This construction means the tire can never explode or blowout. The tread is designed with a minimal depth meaning the materials are applied in the most efficient way possible. 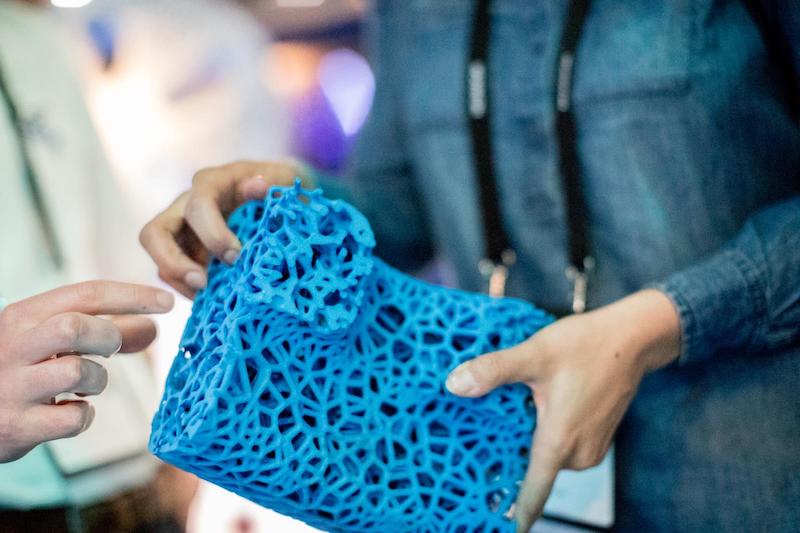 The craziest part of the design is the ability for Vision concept to ‘recharge’.  The Vision is embedded with sensors that monitor its condition and report back to its users via a mobile app. Drivers with the Vision concept would use the app to book it in for a recharge or to have the tread updated using 3D printers. A concept video shown at the launch shows a customer getting winter tires 3D printed onto the Vision before heading off to a mountainous area.

Michelin doesn't have plans for mass production yet, Terry Getty’s, Michelin’s Head of global innovation commented: "You might be thinking, 'well, that's a dream, and you'd be right. It is a dream. It's a long-term concept which brings together our vision of all the elements of sustainable mobility.” It's a highly realistic dream, though, as each component of the concept is already an active research topic at Michelin. The tweel might be on the market in around 10 years. 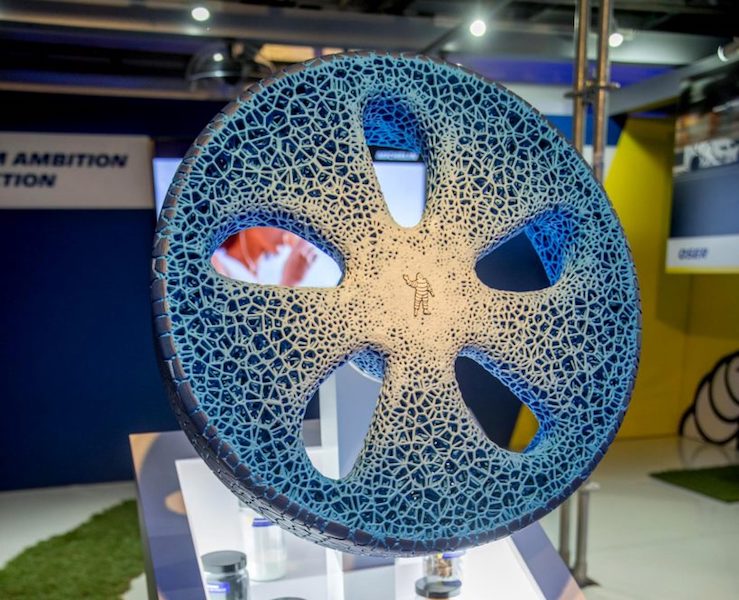 Michelin is already leading the way in ‘tweel’ technology. They announced plans in 2014 to dedicate a production facility to making their tweel design which is used in commercial applications such as machinery and lawnmowers. The design uses a steel center hub that bolts onto traditional axles, but the spokes are poly-resin and have the ability to move around obstacles. There is nothing to inflate in these wheels totally reducing the possibility of getting a flat tire. 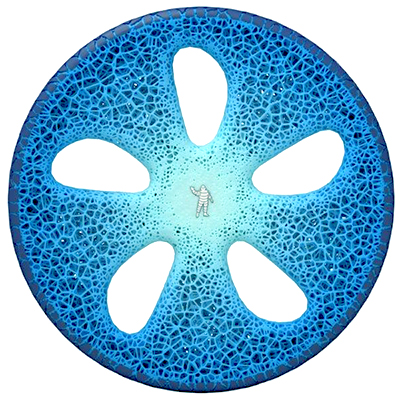 There are no automotive ‘tweels’ in production at the moment but if you are desperate to try the technology you’ll need to get your hands on a Polaris Sportsman WV850 H.O. The rugged all-terrain vehicle sports the TerrainArmor tweels that Polaris boasts can ''take a direct hit from a .50-caliber round and still drive 350 miles; they can also last 1,000 miles after running over a railroad spike''. The claims are achieved by the design of the tire that utilizes a mesh core that absorbs bumps with a rubber tread that can be switched up for different terrains.

SEE ALSO: This Guy Shows Why You Should Never Go Cheap on Tires