A non-profit facility has opened in Michigan to test and develop the safety of autonomous vehicles. The initiative has garnered much praise and the support of government, academia and business leaders.

After a self-driving Uber caused the death of a woman in Tempe, Arizona last month, a fervent debate began on the safety of autonomous cars. The incident even saw watchdog groups call for a national moratorium on autonomous car testing.

Now, the American Center for Mobility (ACM) is aiming to put to rest some of those fears by working to ensure the safety of self-driving vehicles. The center had its well-received opening last Wednesday in Ypsilanti Township, Michigan where academia, automotive and tech leaders, as well as politicians, gathered to speak to media and stakeholders about the new site’s mission.

Speaking at the opening, U.S. Rep. Debbie Dingell said: "I'm surprised by public resistance to autonomous vehicles. ... What happened with Uber in Arizona makes it harder. This is why we need this site."

"What happened in Tempe is a clear indication the technology needs to continue being developed."

Meanwhile, ACM President and CEO John Maddox said: "What happened in Tempe is a clear indication the technology needs to continue being developed. Having this facility and others like it is very, very critical (to the success of autonomous vehicles)."

Others were even more enthusiastic. U.S. Senator Gary Peters said, “Today marks an exciting new chapter in the development of connected and self-driving vehicles right here in Michigan, and I’m thrilled that this world-class facility is now open to help shape the next frontier of mobility.”

The center is a non-profit initiative whose focus is on testing and product development. The facility aims to not only progress the safety of automated vehicle technology and future mobility but also introduce voluntary standards for the industry.

ACM is also the world’s first highway test facility for autonomous driving technology and features a landscape that provides a variety of real-world environments and infrastructures. The facility is located on a 500-acre site and features a 2.5-mile highway loop and a 700ft curved tunnel in addition to a number of overpasses, intersections and roundabouts.”

The opening also saw the announcement of ACM’s partnership with Microsoft established to provide the center with cloud resources and data infrastructure. Maddox praised the new collaboration stating it would contribute to the safe development of autonomous technology. 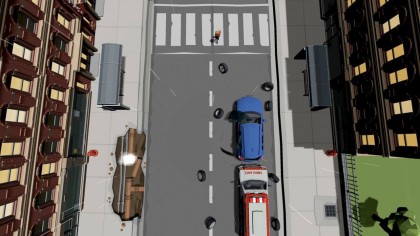 “By adding Big-Data to our diverse and growing group of stakeholders and world-class partners, ACM is staking its claim as the preeminent global hub for mobility companies to develop and test their connected technologies and vehicles in a safe and controlled environment,” Maddox said.

ACM is supported by a number of companies included AT&T, Visteon Corporation, Toyota, Ford and Hyundai America Technical Center Inc. The Center is a collaboration of several local bodies including the State of Michigan, the Michigan Department of Transportation (MDOT), the Michigan Economic Development Corporation (MEDC), the University of Michigan, Business Leaders for Michigan, Ann Arbor SPARK and Ypsilanti Township.