A series of tweets have been making the rounds this week that point to the demise of the Microsoft Windows 10 Mobile phone.

In a set of bold and rare statements about the future of the Microsoft Windows 10 Mobile, Joe Belfiore, Corporate Vice President in the company’s Operating Systems Group, offered disappointing news. It was all revealed in a series of tweets.

Essentially, he has made it clear that there are no current plans in place to develop new hardware or features for the Windows 10 Mobile. What’s more, no priority has been given to updating the platform, but instead, only operational glitches and security monitoring is being done for the time being.

The truth is that Microsoft has not come out with a major Windows Phone update of any kind in 2 years, which means for quite some time the writing has been on the wall. Belfiore even revealed in one tweet that the number of Window Phone users had grown to such a small number that developers had declined to support the platform or write a Windows version of the app.

We have tried VERY HARD to incent app devs. Paid money.. wrote apps 4 them.. but volume of users is too low for most companies to invest. https://t.co/ePsySxR3LB

It’s not that the Microsoft Launcher for Android was ineffective—it came with a host of customizations and features for PC sharing. The Arrow Launcher Beta, though a basic launcher for most Android devices, was by all means functional, and even came with the catchy slogan that promised to ‘Make your phone beautiful, organize your mobile life, and be productive across all your devices’. What was most telling is that, unlike its Android and iOS competitors, it was quietly released: no teasers, no hype, and most importantly, no leaked information.

Though the software giant has made fresh strides in the past five years in terms of its joint cooperations with NASA, Facebook and automotive company Ford, it seems this is one fight the company has given up. 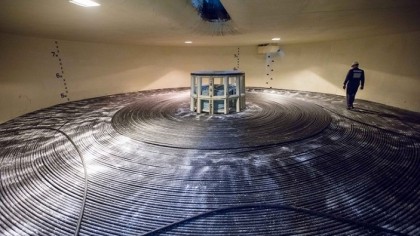 In today’s world, part of being a leader in the industry, or at the least solidifying a place in the global market, is to have clear wisdom about the limits of diversification. Companies can hold on to their vision without spreading themselves too thin. Perhaps this is the lesson Microsoft learned with the Windows 10 Mobile.

Another case in point is Sony, a company that has made leaps and bounds in electronics, PlayStation and entertainment, achieving a kind of Midas touch potential in these three areas. Eager to branch out into the burgeoning laptop market fifteen years ago, the company developed a series of models, many of which have been beset with a seemingly unending string of problems: mass recalls, faulty batteries and problematic wires.

Indeed, it’s difficult to know when to call it quits for some companies, but it’s vital for survival to understand when to hold onto an idea or concept, when to let it fall by the wayside, or in the case of Microsoft’s Window 10 Mobile, when to simply leave it on autopilot.