The completion of a subsea cable that stretches from Bilbao, Spain to Virginia in the Unites States is the culmination of months of meticulous coordination by industry giants Facebook, Microsoft and Telxius, and is sure to revolutionize global connectivity.

It reads something like an espionage or spy novel: ‘Industry giants come together to construct underground tunnel to transport intelligence between Spain and the United States’. The massive underground cable project unveiled this week is not too far off. Instead of people or intelligence, however, it is cables connecting us to various communication channels which are involved. 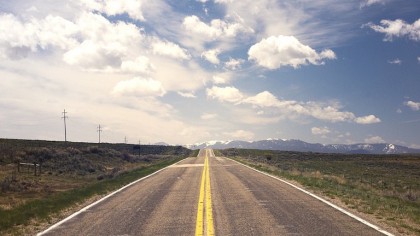 The cable, which covers almost 6,600 km, is newly completed, will run between Bilbao, Spain and Virginia Beach, Virginia in the United States. The project was made possible through the joint efforts of Microsoft, Telxius and Facebook. Microsoft and Facebook were more heavily involved in the design and development phases, while Telxius took over various construction and maintenance responsibilities. Besides the impressive distance involved, the cable also weighs an unbelievable 5,125 tons and has a data per second capacity of 160 TB, making it the highest of other cables of this kind that connect the Atlantic Ocean.

Named Marea, which translated to ‘tide’ in Spanish, the cable project required an incredible amount of coordination, and as would be expected, there was a host of geological and other environmental issues that slowed down the progress.

Director of Global Network Strategy for Microsoft Frank Rey said of the frustrating challenges—which included everything from earthquake zones, coral reefs, active volcanoes, or in this case a hurricane—involved with the construction:

“[The hurricane] was a major disruption...[t]he entire network between North America and Europe was isolated for a number of hours. For us, the storm brought to light a potential challenge in the consolidation of transatlantic cables that all landed in New York and New Jersey.” Despite all of this, construction was completed in less than 2 years.

In a September 22nd press statement from Microsoft, the company announced that there are plans to make the cable operational in early 2018.

COO of partner corporation Telxius Rafael Arranz said of the needs which the cable will meet as well as the logistical problems it will solve in terms of connection speeds: “All of these applications, especially everything that is driven by video, consume a huge amount of bandwidth. So everybody needs to be connected with a high-volume, high-bandwidth infrastructure. With its unique route, this cable is going to be able to absorb and deliver back-and-forth traffic to strengthen communications, not just across the Atlantic, but across the globe.

Not a company to miss out on industry trend-driven opportunities, Facebook had also announced around this time last year its plans to develop a cable stretching beneath the Pacific Ocean, a project which would link Los Angeles to Hong King using a transmission of ultra-high capacity. Google along with China Soft Power Technology subsidiary Pacific Light Data Communication Co., along with subsea communications technology leader TE SubCom.

With the potential impact that the two projects of this scale alone, our world can truly become more connected in a myriad of ways and come closer to creating a communications infrastructure that is truly global.