Microsoft just purchased energy for the next fifteen years after acquiring GE's wind farm in Ireland. This adds to the company's growing sustainable energy portfolio.

Microsoft recently announced that it had bought the entirety of future energy produced in the next 15 years by GE’s 37-megawatt Tullahennel wind farm in County Kerry, Ireland.

This will make the tech company one of the first to support a new wind project on the emerald isle--which is seeing a growing demand for Microsoft Cloud services. 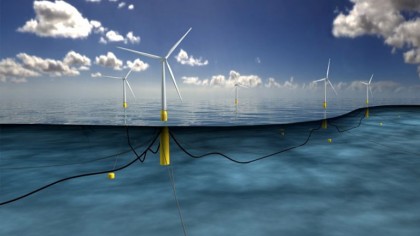 Additionally, the plan for both enterprises is to mine the powerplant’s data to better understand the potential of each turbine’s battery storage--with the hopes of redistributing it back into the grid. In fact, some of this energy will power the data centers Microsoft has in Ireland.

“This will better enable intermittent clean power sources like wind energy to be added to the Irish grid. This will be the first deployment of battery integration into wind turbines to store energy in Europe,” Microsoft said in a statement.

Adding to the company’s clean energy commitments released in 2016 which aim to clean up the power sources to Microsoft’s many cloud computing services.

"This partnership with Microsoft expands GE's considerable presence and investment in Ireland, where we already employ over 1,500 people and, in particular, in the renewable energy sector. Wind is now one of the most competitive sources of electricity on the market today," Andres Isaza, GE Renewable Energy's chief commercial officer, said in a statement.

The announcement is good news for Ireland since less than a week before, Belgian offshore wind farm developer Parkwind stated that it would become a strategic partner in the Oriel Wind Farm in the northwest Irish Sea. At 330MW, it will be able to power 250,000 homes.

Other tech heavyweights are following a similar path; Facebook recently announced plans to build a new data center in Virgina that would be supplied energy by solar power facilities. Apple also invested $850million in a solar power plant through a partnership with First Solar in 2015. Through a 25-year purchasing agreement, Apple will get 130MW from the California Flats Solar Project.

"This deal is like an insurance policy for Apple; the sun will still be shining 25 years from now, so Apple can be sure they will be getting emissions-free power at the same reasonable cost -- even in 2040," Amit Ronen, director of George Washington University's Solar Institute told Computer World at the time.

Probably the most prolific user of solar energy lately lies with department store juggernaut Target, who surpassed Walmart as the top corporate installer of solar power in the USA with 147MW installed on 300 stores.