Microsoft just today announced a deal to purchase the professional social platform of LinkedIn for US$196 a share, totaling US$26.2 billion. The goal of the purchase is to integrate LinkedIn into some of Microsoft's already prospering applications like Skype and Microsoft Office. The company has said that users do not need to worry about the website changing from its core platform, and CEO Jeff Weiner is staying onboard to keep running things as planned, according to CNBC. You can learn a little more about the announcement in the release from Microsoft below.

Microsoft believes LinkedIn is a perfect fit for the company and that its integration into Cortana will allow users to perfectly integrate Office and Microsoft Dynamics into their everyday business lives. Another avenue that the company foresees integrating the social media platform into is allowing experts to help you while using programs like Office, according to Engadget. In essence, the company is bringing the social business platform into the tools that most businesspeople use on a daily basis.

Our CEO @jeffweiner’s reflections on today’s announcement that LinkedIn will be joining forces with Microsoft. https://t.co/TV43SkvXK5

This is a fairly big move for a company previously uninvolved in the social media scene, and with LinkedIn's 400 million+ users, it is no small move. Moving into this realm also marks a shift in Microsoft's overall plan for their company, rather than focus on concrete programs and software, they plan on moving more into fully integrative cloud services to enhance their image and business. 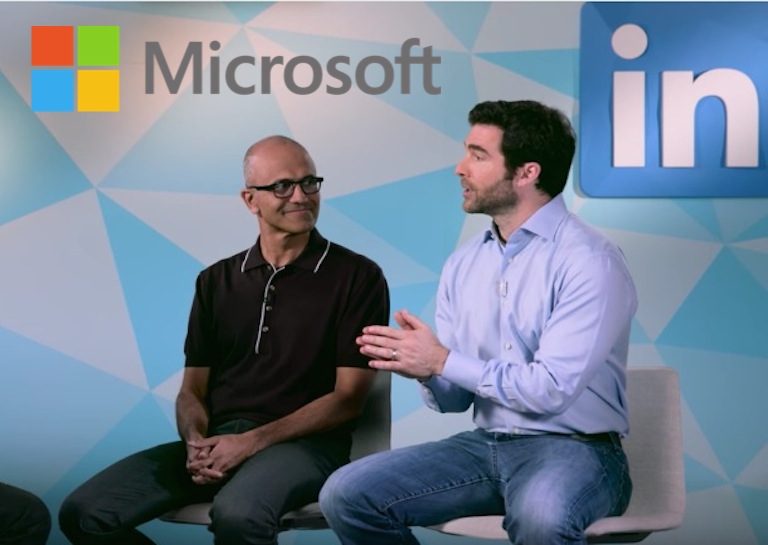 Whether you think so or not, this deal will be a good one for both companies. Microsoft will allow LinkedIn to branch out from the purely software based business they are in now, and LinkedIn will allow Microsoft to expand off of their current platforms and into more social arenas.