Microsoft Launches the chat based workspace for Office 365 – Microsoft Teams 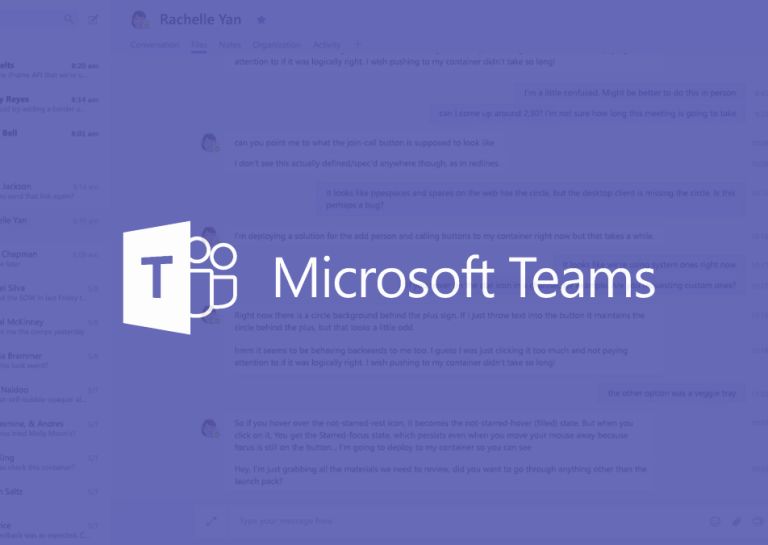 The program brings people, conversations and content all together. It runs on Windows, Mac, Android, and iOS. The Teams app will be available from the App store, Google Play Store and Microsoft App store. It will later be available in 17 additional languages.

While this may seem eerily similar to other chat apps, like Slack, Microsoft Teams touts the ability to access Microsoft Office while still inside the chat setting. Thus, it unifies Office 365 and takes shareability and collaboration to a whole new level. 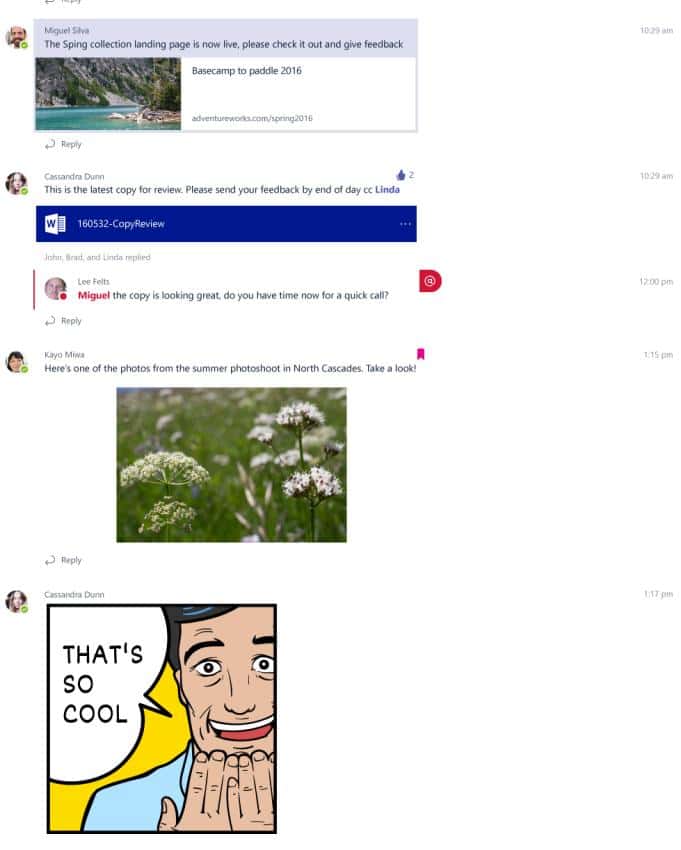 Microsoft Teams is available in preview, in 181 countries and 18 languages, to Office 365 commercial customers with one of the following plans: Business Essentials, Business Premium, and Enterprise E1, E3 and E5.

Microsoft Teams will also be available to customers who purchased E4 prior to its retirement. The general availability is expected in the first quarter of 2017.

"With Microsoft Teams, we aspire to create a more open, digital environment that makes work visible, integrated and accessible—across the team—so everyone can stay in the know", said Kirk Koenigsbauer, corporate vice president for the Office team.

Microsoft Teams uses a sleek and elegant chat design. Some of its unique features include: Support for not only persistent but also threaded chats, visibility of team conversations to the entire team by default, and private group chat availability for smaller group conversations. Teams even includes Skype integration for voice and video conferences. Teams also includes Emoji stickers, GIFs and custom memes. 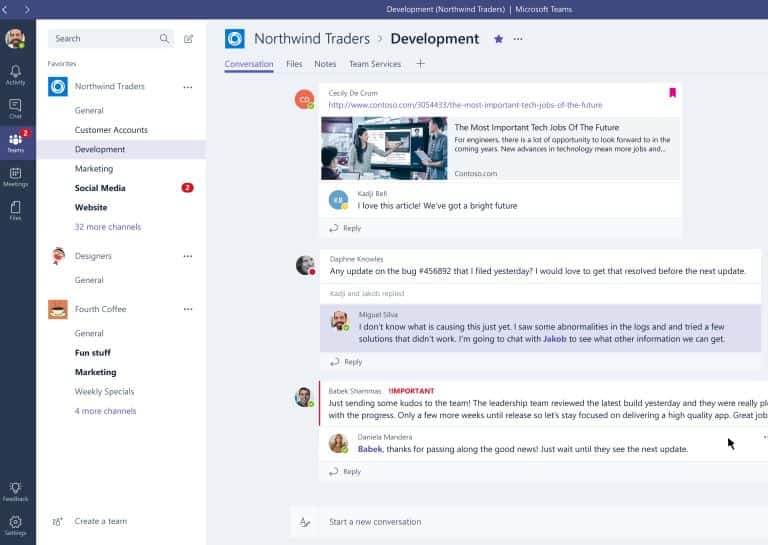 To become a hub for teamwork, built in tools like Word, Excel, PowerPoint, SharePoint, OneNote, Planner, Power BI and Delve are available; backed by Microsoft Graph, intelligent services are surfaced throughout the work space to help with information relevancy, discovery and sharing.

Microsoft Teams is also built on Office 365 Groups, the cross-application membership service that makes it easy to move from one collaboration tool to another while preserving their sense of context and share with others. 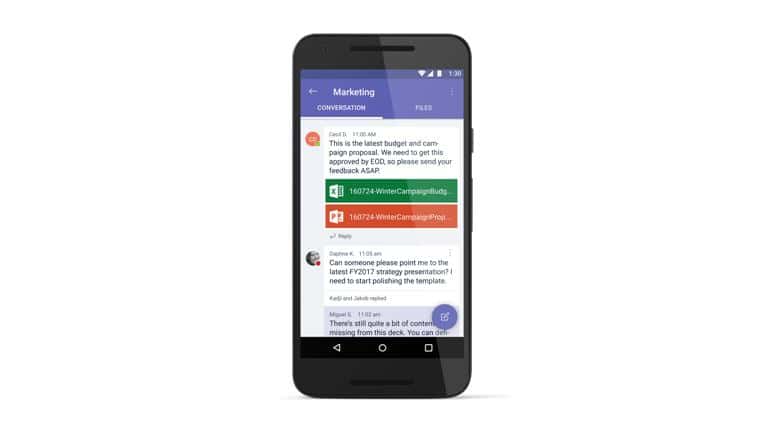 Microsoft Teams can be customized for and by the entire group. Team members can create channels to organize conversations by topic. Teams shares the same connector model as Exchange. Thus, it can provide notifications and updates from third-party sites like Twitter or GitHub.

Users can create Tabs that surface user web experience directly within Teams,  for an instant access to services in the right context, and collaborate around its content. Write Bots that surface user experience in chat and teams can engage with the service via queries and quick actions. Teams can send Connector notifications in channels so teams can easily get updates.

Customers like Alaska Airlines, Accenture, Hendrick Motorsports, Valorem and more have already started using Microsoft Teams. They have shared positive feedback on how it is allowing their dynamic teams to collaborate in an even greater capacity than before.

“Based on our early use of Microsoft Teams in Office 365, we believe it is the digital cockpit we’ve been waiting for,” said Andrew Wilson, CIO of Accenture.

For more information, visit the Microsoft News Center. You can also follow and engage with the Microsoft Twitter community at @OfficeNews and @MSFTNews using #MicrosoftTeams