Linux receives another form of protection from patent trolls via Microsoft's plans to join the Open Invention Network and release 60,000 of its patents.

In the 21st century, Microsoft has become one of the companies which has seemed to embrace diversification the most among many in the industry, partnering with influential firms to produce projects which range from a massive translatlantic cable project to its HoloLens headset which enhances the car design process.

One area, however, for which Microsoft has gained the reputation of being less willing to change its stance involves its intellectual properties, specifically the patents it creates.

Microsoft is easing up on the restrictions attached to its patents which it has become well known for over the years, with the bold announcement that it plans to join the Open Invention Network (OIN), launched in 2005 with the vision of serving as a "shared defensive patent pool with the mission to protect Linux". "We bring a valuable and deep portfolio of over 60,000 issued patents to OIN," stated Microsoft's post.

The move, then, by Microsoft is part of their contribution to collective efforts to spare Linux developers from legal action aimed at their violation of patent rights, or in other words enemies who come in the form of patent trolls.

Stephen Evans, vice-president of software development for Cirrus Logic, which joined OIN under the previously acquired company of Wolfson Microelectronics, also echoed the same sentiments as Microsoft: "Linux and open source are critical building blocks in today’s consumer electronics. By joining the Open Invention Network, we are helping ensure the ongoing development of open solutions that directly lead to major innovations in consumer electronics products."

A move that encourages ongoing development

In the Microsoft Azure blog announcing the move, Microsoft Corporate Vice President and Deputy General Counsel Erich Andersen (1) outlines the steps of the company's transition into open sourcing, and (2) highlights the importance of the actions, which represent what he sees as the willingness of the company to promote even greater fairness and transparency. 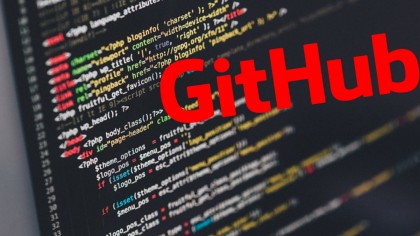 "We know Microsoft’s decision to join OIN may be viewed as surprising to some; it is no secret that there has been friction in the past between Microsoft and the open source community over the issue of patents. For others who have followed our evolution, we hope this announcement will be viewed as the next logical step for a company that is listening to customers and developers and is firmly committed to Linux and other open source programs."

Microsoft has embraced open sourcing with the mutually beneficial aim of improving its own position as well as cultivating a more favorable environment for developers, the group which has lost out the most in the past because of the company's fierce protection of its patents.

Stressing the big picture for customers as well, Andersen also advocated for developers and their desire "to deploy technologies at the edge--on any device--that meet customer needs," adding,  "We also learned that collaborative development through the open source process can accelerate innovation."

This move is significant in the sense that it will not only ease the path of developers but also enable a shift in the perception of Microsoft for many years to come.

Microsoft is pledging our massive patent portfolio – over 60,000 patents – to Linux and open source by joining OIN this morning. If you're looking for signs that we are serious about being the world's largest open source company, look no further. https://t.co/JiUimL4NRa