With the news of its new Mixed Reality Headsets, Microsoft is making a dent in the Virtual Reality market, and also proving its versatility in the technology market.

After months of buildup, Microsoft recently unveiled its Mixed Reality Headset for sale to the public, and the response has been very favorable. Unlike the HoloLens, which was primarily designed to assist companies with projects that require collaboration on project design, the Mixed Reality Headsets were developed with gamers and similar users in mind.

The device is part of the Windows 10 CreatorsUpdate. One of the best features is the Cliff House, which allows users to access games and apps. Holograms can be manipulated, users can place apps on the surface in front of them, or even enjoy television shows or movies in the cinema room. Essentially, it’s a virtual home experience.

Developers at Microsoft are focusing on ways to expand the Cliff House experience in the future to a social house where other users can enter your virtual home. Microsoft technical fellow and HoloLens AR headset researcher Alex Kipman elaborates on how Microsoft will accomplish this by using the virtually defunct and recently acquired Altspace: 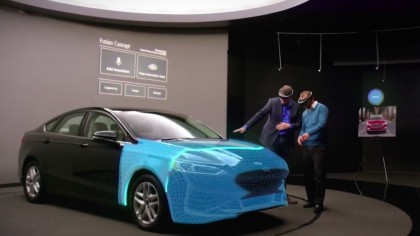 “To the question of whether people will be able to visit your Cliff House—over time, we’ll evolve the experiences...Altspace is a very good foundation for that world of the future. But again, I have nothing more than to be excited about the fact that we acquired them. We love the community of Altspace and Altspace is going nowhere.”

The headset is currently available for five PC models: Lenovo Explorer, Acer, Dell Visor, HP and Samsung, although the last one can only be pre-ordered at the time. In terms of compatibility, users only need a compatible Windows 10 PC.

So, what can customers expect from the new headsets?

• Up to 105 degrees horizontal field of view

• A motion controller that features thumbsticks, haptic feedback and button control to up your level of interaction

The headsets and accessories that come with the product are reasonably priced between 400 to 500 dollars, and the company even offers free trials of the new devices on its website.

Joe Belfiore, corporate vice-president of Microsoft, explains the enormous impact that the new devices will have:

“Mixed reality will...unlock amazing experiences, experiences anchored to the physical or virtual world around us. In the future, we won’t need to choose between transparent or opaque headsets. Devices will adapt instantly...We are already building towards this future...a platform that spans from simple augmented reality to virtual reality, and of course, holograms.”

With this new technology, Microsoft is continuing to reinvent itself and change industry expectations of what products it can deliver.