Microsoft to Kill Support for Popular Windows 7 Used by Millions

In one year, the tech giant will end all security updates and support for the operating system and has suggested users move to Windows 10.

Microsoft released some sad and perhaps worrisome news for Windows 7 users. The tech giant revealed that a year from now, starting January 14, 2020, it will no longer support Windows 7.

That means that Microsoft will cease to provide security updates and support for PCs running on the operating system. However, the firm suggested users could "keep the good times rolling" by moving to Windows 10.

The decision was further explained in a blog by Brad Anderson, corporate vice president for Microsoft 365.

"With Windows 7 end of support coming in one year—January 14, 2020—and Office 2010 close behind, there’s an opportunity right now to be proactive about what’s next," wrote the executive. 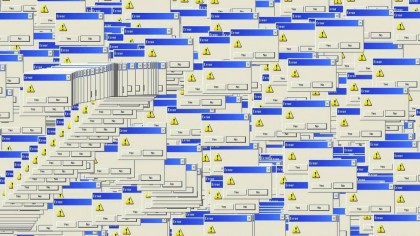 "Changes and upgrades in technology are inevitable, and there’s never been a better time to start putting in motion the things you need to do to shift your organization to a modern desktop with Microsoft 365," he continued.

Windows 7 was released back in 2009 and remained for years one of the most widely used desktop operating systems. However, Microsoft had been thinking of killing it off for a while and in 2012 decided to extend only five years of support for all editions of Windows 7 for individual users.

Therefore, users were already accustomed to the fact that no new features would be added to their operating systems but now they will be likely forced to give it up altogether or risk serious security breaches. This move will now affect millions of users.

Windows 7 still accounts for 42.8 percent of all PC operating systems. Going forward, Microsoft will also not support any consumer installs of Windows 7. However, enterprise users will be provided with some extended support but at a hefty price.

Anderson also stated security as one of the critical reasons to switch to Windows 10.

"Right now, security concerns are the top reason organizations are making the shift to a modern desktop. Putting the right technology in the hands of users can prevent some of the most common security threats, such as compromised credentials," explained the executive.

He reminded readers that Windows 10 provides advanced security features such as Windows Hello and support for FIDO2 security keys. Anderson further referred to a Gartner report that outlines Windows 10 security benefits that may just be worth a read.

"Improved security is one of the biggest benefits of adopting Windows 10. This research explores new Windows threat resistance security features that are important to security and risk management leaders," wrote regarding the report Gartner VP analyst Peter Firstbrook.

Still, Windows 7 users may find it hard to let go. Whether it be the burden of learning a new operating system or just good old fashioned nostalgia, it is always hard to let a good thing go. And judging from Windows 7's popularity, it was a good thing indeed.

Shell Forced to Cut Emissions by 45% In Historic Climate Decision