Law enforcement and airport security are set to soon become simultaneously more thorough and more unobtrusive. A new camera, small with a one-dimensional aperture made out of a metamaterial  (a material made from metal or plastic which has some exotic behavior properties, such as the ability to cloak objects or reveal hidden ones) made mainly out of copper, can "see" in the microwave region of the electromagnetic spectrum. Microwaves aren’t only for heating things up — they can carry tremendous amounts of telecommunications information. 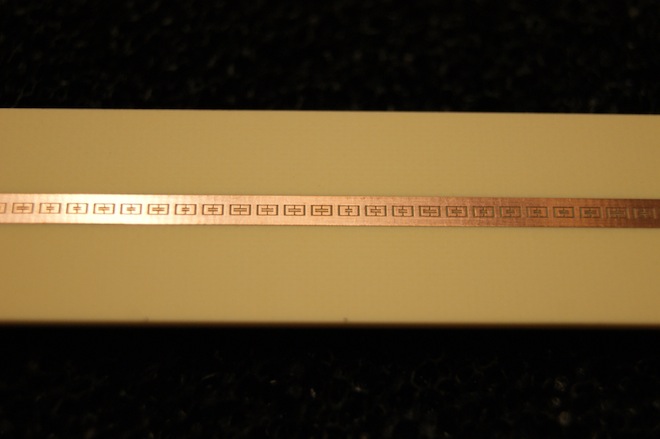 The camera can capture desired information from a scene in real time and in high fidelity detail. And, keeping things simple and efficient, the camera has no moving parts. A computer attached to the camera translates reflected and captured microwaves into high-def visual images.

Physicist Willie Padilla of Boston College says “They’ve made a very clever way of gathering the relevant information in the scene. And to do it in a novel way with electromagnetic metamaterials — that’s a key advance. There are no moving parts.”

Graduate student John Hunt of Duke University says “You can see through certain materials that you can’t see through with optical light – such as clothing or wood. But at the same time, you can still see plastics, metal, skin. Dust and fog and rain, things that might be in the air are essentially invisible at these frequencies...As a replacement to an airport scanner — you can just walk right past it. No more long lines.”

Hunt goes on to say, “With [the immobile metamaterial aperture only 40 centimeters long]  and some pretty interesting math, we’re able to make a picture of the scene that’s in front of us.”

Rice University electrical engineering professor Kevin Kelly, co-developer of the first single-pixel camera, says “To my knowledge, this is probably the first example of metamaterials and compressive imaging in the same paper.”

Does the Future of Battery Tech Lie in... Rust?