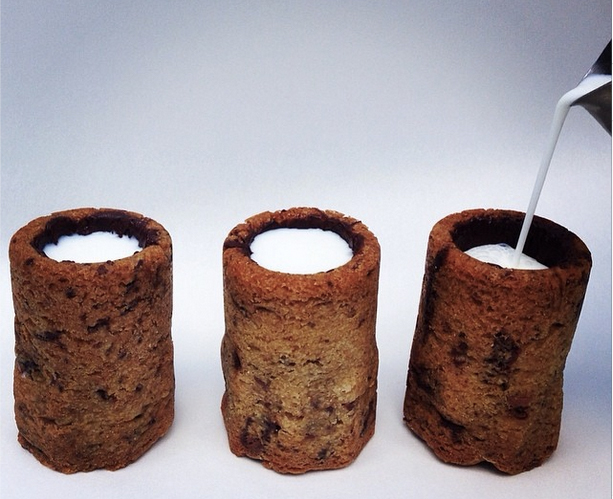 A bit of food engineering today that not only has kids, but every adult on the internet screaming, 'why didn't I think of that before?' Yes that's right, a milk shot in a glass-shaped cookie. The idea will be shown off at SXSW this weekend by New York based chef Dominique Ansel. You may know him as the guy behind the Cronut - basically a half-doughnut half croissant dough based dessert.

Now, whilst this hasn't been seen before, you wouldn't think it would take much inspiration to bring together milk and cookies in a unifying fashion. However, Ansel claims the inspiration came from a few weeks ago, when he ate an Oreo with a glass of milk for the first time in his life (believe it or not!). "If everyone was drinking milk with cookies, you might as well make a dessert that allows them both to be combined," Ansel said whilst justifying his previous lack of the milk and cookie combination explaining, "it is not a natural combination in French culture."

The recipe is claimed to "stay crispy and moist in parts" whilst holding a shot of milk. It's got me feeling 10 all over again. And even though I'm now considered an adult, I still want. Now, like now.