A $350 million skyscraper in San Francisco has sunk 16 inches in the last 8 years as well as started to tilt to one side. The Millennium Tower is filled with condos for the rich and famous, with prices ranging above $10 million. According to the San Francisco Chronicle, an independent contractor was hired to determine the extent of the settling problems for the building, and now the task is how to fix them. For now, the 58-story luxury skyscraper is leaning 2 inches to the northwest due to flaws in the structure's foundation.

Analysis of the construction and foundation process could have given many engineers indications of the problems the building would face in the future. Crews were recorded as backfilling many muddy holes with gravel and aggregate to hopefully stabilize the ground. Given that the building site is located closer to the bay, the ground beneath the structure is muddy and can occasionally heavily saturated. Millennium tower was also built with a concrete beam and slab construction, which is much heavier than relying on a traditional steel structure. 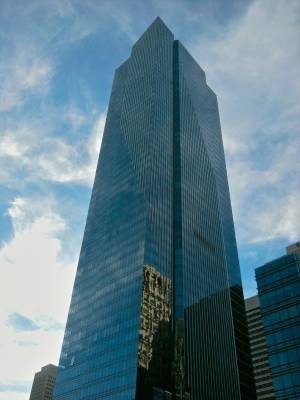 Given that the area is frequent to seismic activity, issues like this extreme sinking and tilting problem really need to be fixed. Engineers are currently proposing pumping concrete below the building to hopefully stabilize the earth, according to Tech Insider. However, as you may be able to imagine, this fix will not be a cheap one.