Know a Luke Skywalker in training? This fresh new toy might be the perfect addition to their growing collection of Star Wars memorabilia. Radio Flyer unveiled their version of Skywalker's landspeeder at this year's Comic-Con. Exactly how much does it cost to become the world's coolest parent/gift-giver? $499.99.

"Luke Skywalker's Landspeeder by Radio Flyer is modeled after the sand-pocked and sun-faded X-34 craft from Star Wars: A New Hope," the company noted. "With seats for 2 riders, an interactive dashboard with lights and real movie sounds, and a 5 mph driving speed, this speeder provides a truly galactic driving experience." 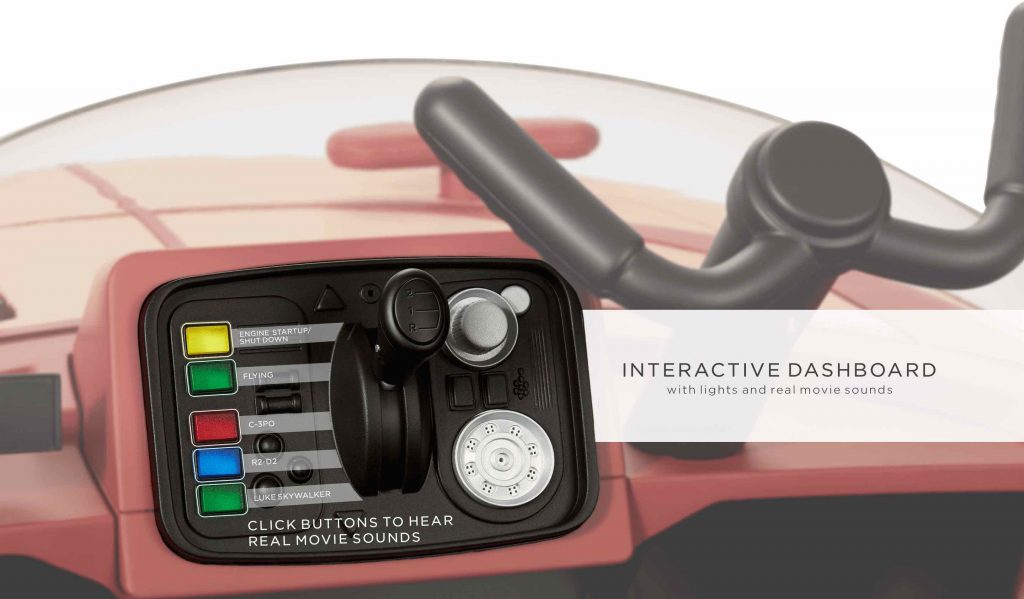 At the press of a button, pilots can access C3-PO or R2-D2. They can even call Skywalker himself if they're in need of extra encouragement or advice from the talented pilot. You can check out all the sounds embedded into the toy on the Radio Flyer website. It doesn't fly nearly as fast as most other landspeeders; it only maxes out speed at a whopping 5 mph. However, it's only a matter of time before someone on YouTube soups up the power and turns it into the ultimate toy. 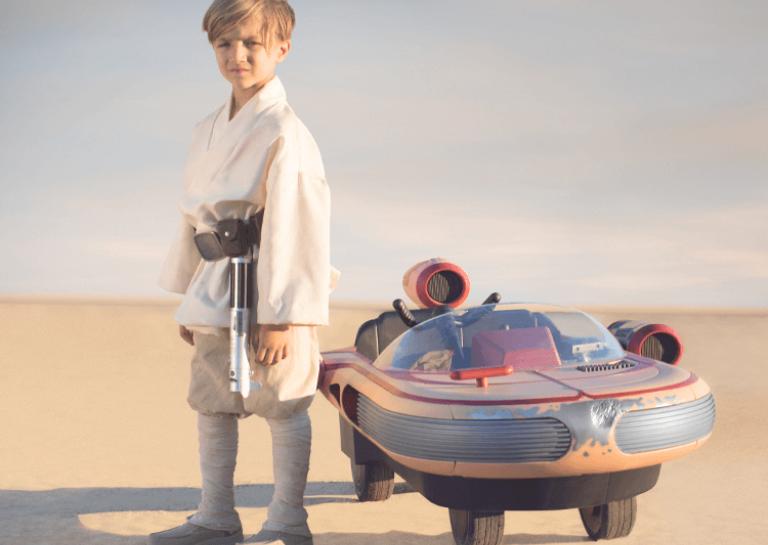 This isn't exactly an adult-sized ride. However, Radio Flyers only recommends it for children aged 4 and older. Adults definitely fall into the category of "older," right? The weight capacity holds up to 130 lbs (58 kgs), so that might be a limiting factor. The speeder will hit stores on September 5, and it will be exclusively sold from Toys R Us. The product can be shipped to the United States, the UK, and Canada. Other European countries are labeled as "coming soon" in terms of international orders. No further hints as to whether Radio Flyer will add countries like China, Japan, or Turkey to its list.

Strangely enough, this was one of the biggest Star Wars announcements from the 2017 San Diego Comic-Con. Most other major news came from the D23 convention earlier last week.