By now, you have probably seen the fantastically bizarre Rolls-Royce next 100 concept car, but did you know MINI also released an equally stunning and innovative concept? In celebration of BMW's centennial, MINI released the vision that they see for their future. A vision where every mini belongs to you, ready to be driven at a moments notice with a fully transparent front and an equally slick design. Check out a little bit more of what MINI thinks you will be driving around the city in the video below.

"The MINI of the future embodies a totally new form of shared mobility – sustainable, emotional and inspirational. The driving experience forms the centrepiece and is surrounded by other intelligent services." ~ Anders Warming, BMW Group, Head of Design Studio MINI

It's an ambitious goal to make every MINI a collectively shared vehicle, but this is where the company believes we are headed. These tiny little cars have always been seen as urban go-carts, and boy are they fun to drive. BMW wants to keep this theme, creating a ride-sharing system for cities with the futuristic new MINI design.

"In the future, you will no longer need to purchase your own MINI to stay fully mobile; digital connectivity enables intelligent mobility that feels as personal and engaging – even more than today. In this way, every MINI will be my MINI." ~ MINI 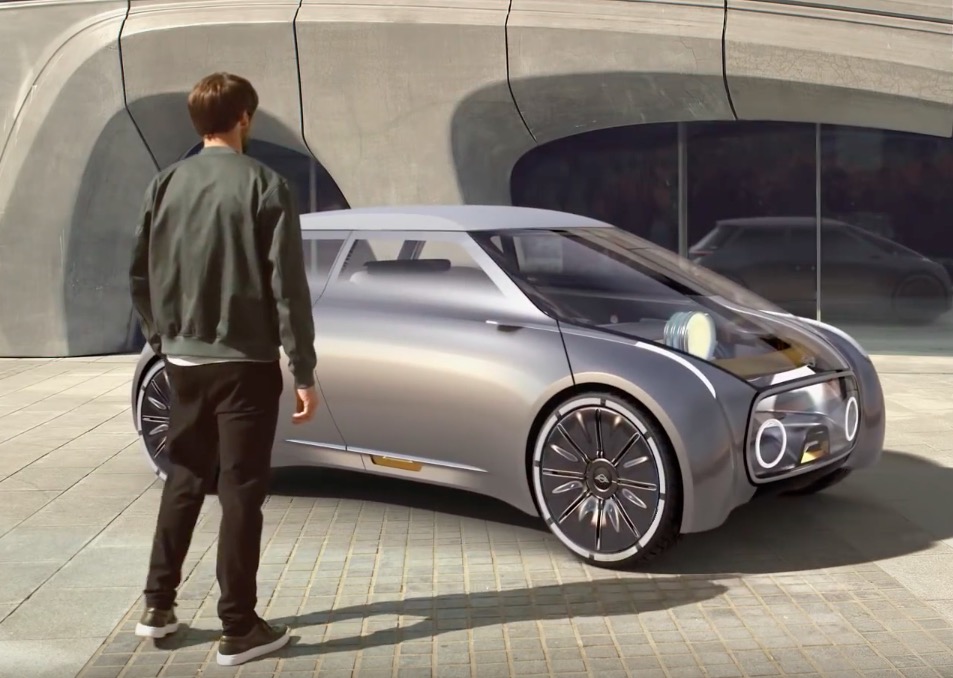 You may think that this vision is pretty absurd, but ride-sharing is becoming bigger and bigger and car companies are taking it more seriously, according to the Verge. Called the "Cooperizer" MINI's AI system will help customize every drive you take in the car, allowing for every MINI to feel like your very own.

One surprising feature that you may not notice about the MINI is its lack of autonomous functionality. It's a bold move to assert that a car 100 years in the future will still be driven by humans, but the company believes that the essence of owning a MINI is to drive it, not ride in it. Increased safety from other autonomous vehicles will decrease the need for crumple zones in cars, which means that this new design will be much smaller than current models, according to Extreme Tech. 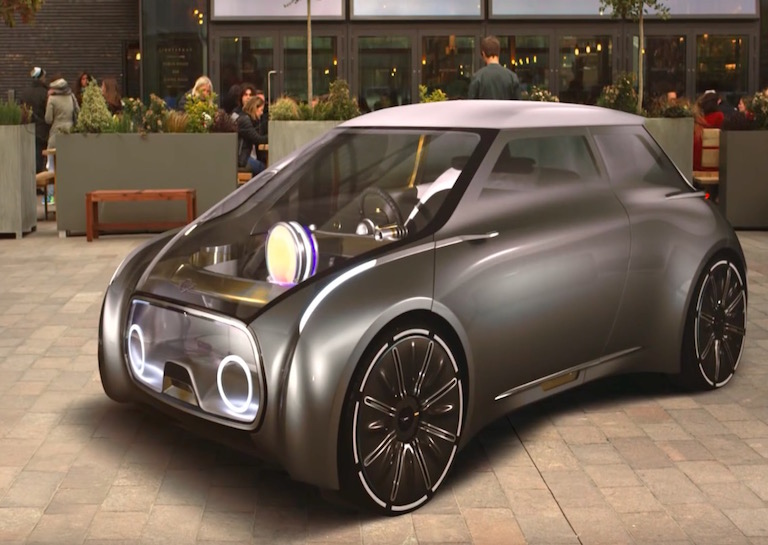 Whatever you may think about all of the concepts that BMW has released on its centennial, they are gaining quite a bit of publicity and attraction from others. Who knows what the future will actually look like, but these concepts give you a nice glimpse.