Imagine never having to have the hassle of going to the gas station again. This is the dream of Booster Fuels, a Californian startup that delivers gas to your vehicle while you are at work.

Investors are pretty excited about the idea too and the young company has just announced a $20 million funding round. The cash comes mainly from existing investors like Conversion Capital, which led the round, along with Maveron, Madrona Venture Group, Version One, Perot Jain LP, and RRE Ventures. But there are a couple of new investors in the mix including Stanford’s StartX Fund, BADR Investments, and U.S. Venture Inc. Total funding to date is now $32 million. 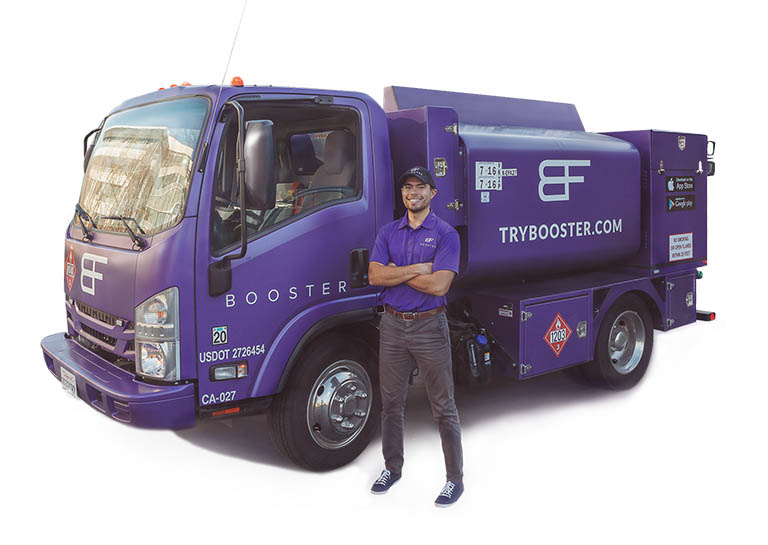 The company which was founded in 2015 has some serious employers including heavyweights like Facebook, Cisco, Oracle, and eBay who offer the service as an employee incentive.

Users of Booster Fuels simply request a gas top up via their smartphone app and then the gas is delivered via a custom built mini tanker. Prices don’t differ much from what you’d pay at the gas pump and Booster doesn't charge a service fee.

The company is now operating substantially in the California Bay area. Though originally they began in Seattle, the requests from customers in Silicon Valley motivated the relocation. So far the mini tankers have delivered more than five million gallons of gas. 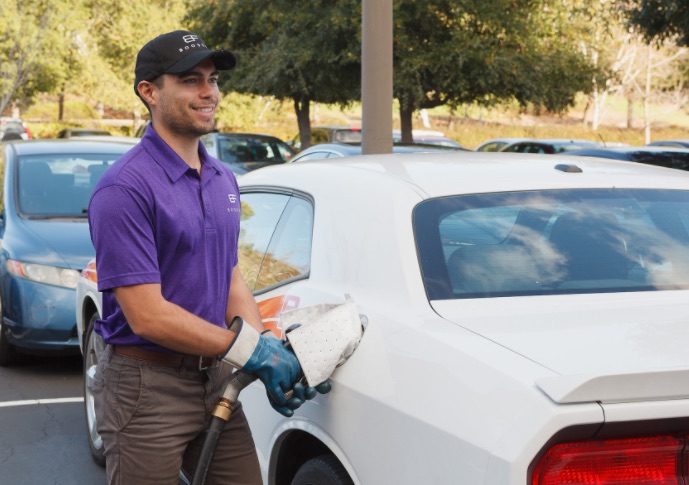 “Demand from customers drew us to the Bay Area where road congestion challenges the massive commuter base who we serve,” Booster Fuels CEO Frank Mycroft told online media. “Booster helps reduce the stress and time of that commute. As a perk for large companies to offer employees, Booster helps employers attract and retain talent in the very competitive environment down here.”

Demand for the company is expected to continue given that Americans used a record amount of vehicle fuel last year. Heading to the gas station has never been an exciting task and Booster Fuels reduces the stress and inconvenience of the necessary chore.

“This industry hasn’t changed much in a long time. Our goal is to provide a more cost-effective and energy-effective way to get this chore done that doesn’t involve you having to go to the gas station yourself, “ Mycroft stated.

Booster sets itself apart from its competitors like Purple and Filled by focussing on corporate car parks. The startup developed its own products from the tankers all the way to the mobile app development. And if you didn't think getting your gas topped up was great enough, you can also opt in to get your tires pumped and your windshield wipers replaced.

Some critics of the company and others like it have voiced concerns over safety. But judging from the numbers, investors don’t see the same threats. A key investor of the company, Madrona Venture Group has called Booster a “truly special company”. Managing director of the firm Matt McIlwain goes further saying,”Frank and his amazing team have thoughtfully balanced four key areas: understanding the customer (both the consumer and the employer); developing intuitive mobile apps for consumers and drivers; designing efficient and effective physical delivery systems; and navigating federal, state and local regulations and relationships”. He adds, “Blending these elements into a compelling and economically sustainable offering is hard. But, Booster has done exactly that.”