The impact of sleep on our metabolic function was studied by a team of scientists from Uppsala University revealing a bigger influence than expected.

For some of us who have been frustrated over the years with our weight loss results despite a mixture of good diet and exercise, we can take heart in the fact that lack of sleep may explain those weight gain glitches that sometimes occur. 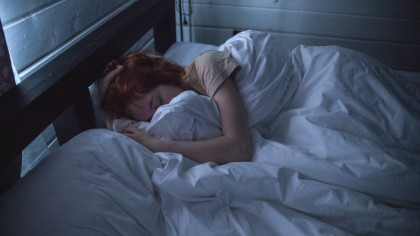 A team of researchers from Sweden-based Uppsala University set out to examine the effect of sleep loss on the body's metabolism. They did this by analyzing the tissue samples of 15 adults of average weight and health with the hopes of discovering changes that the amounts of sleep would have on a deeper molecular level.

As for the outline of the study, it was more or less standard, with all the work being completed over two sessions. On the second night, however, the subjects were intentionally denied sleep and were thus unable to get any sleep during the night.

Using a combination of blood and tissue samples, the researchers looked for clues about metabolic disruptions. As such, the tissue samples, or biopsies, were taken from the skeletal muscle and subcutaneous fat regions only, as the function of these tissues is linked to diabetes and obesity.

The team used the data to map out changes in the DNA methylation, which is a kind of mechanism that serves to control gene expression. The advantage of their multi-stage study, therefore, was that they could go much deeper in their analysis of the effects of sleep, and as a result offer more concrete and solid theories.

Johnathon Cederes, a researcher at Uppsala University's Department of Neuroscience and lead author of the study paper, explained how the team achieved its goal of assessing the "genomic and physiological impact of acute sleep loss in peripheral tissues":

“Our research group were the first to demonstrate that acute sleep loss in and of itself results in epigenetic changes in the so-called clock genes that within each tissue regulate its circadian rhythm. Our new findings indicate that sleep loss causes tissue-specific changes to the degree of DNA methylation in genes spread throughout the human genome."

Although the research seems definitive and provides clear links between sleep and metabolic function, the researchers also acknowledge that it's only flaw, perhaps, is that it assesses the effect of sleep loss for one night only, excluding cases of prolonged sleep loss or other forms of sleep deprivation.

“It will be interesting to investigate to what extent one or more nights of recovery sleep can normalize the metabolic changes that we observe at the tissue level as a result of sleep loss. Diet and exercise are factors that can also alter DNA methylation, and these factors can thus possibly be used to counteract adverse metabolic effects of sleep loss,” Cederes stated.

Although we have always known we can't go far without sleep, the many essential contributions of sleep to our well being from psychological health to productivity continue to be revealed study after study.

Details about the study can be found in a paper, titled "Acute sleep loss results in tissue-specific alterations in genome-wide DNA methylation state and metabolic fuel utilization in humans", which was published this week in the Science Advances journal.

Yes, Stress Turns Hair Grey, and Yes, It Is Reversible