A team of researchers led by MIT students developed breakthrough rubber-like implantable fibers that can be used to replicate the spinal cord neurons and potentially restore function.

Spinal cord injuries remain some of the most difficult to fix or even mend in the human body. The 31 pairs of spinal nerves in the spinal cord each flex and stretch in a unique way. Each year, there are 12,000 new cases of spinal cord injuries in the United States alone. Scientists never thought they would have a tool to completely restore a spinal cord to its full potential. Researchers with Massachusetts Institute of Technology created a breakthrough type of fiber that can flex and stretch like any other nerve. It also delivers optical impulses and electrical connections from the brain to the body with ease. 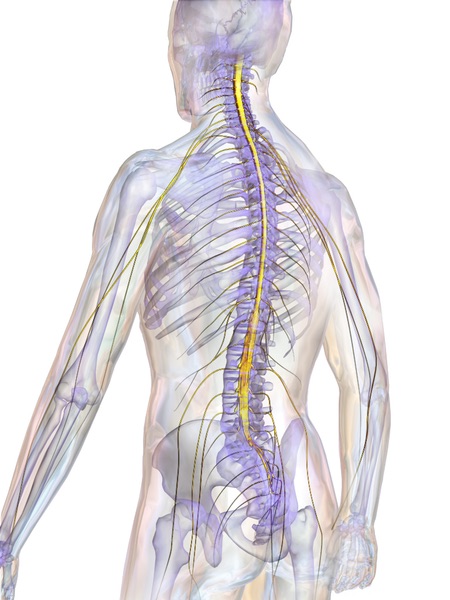 The team, comprised of MT graduate students and other researchers from University of Washington and Oxford University, needed an elastic compound that could be stretched thin. Several elastomers the team observed couldn't be drawn into thin fibers narrower than a hair. 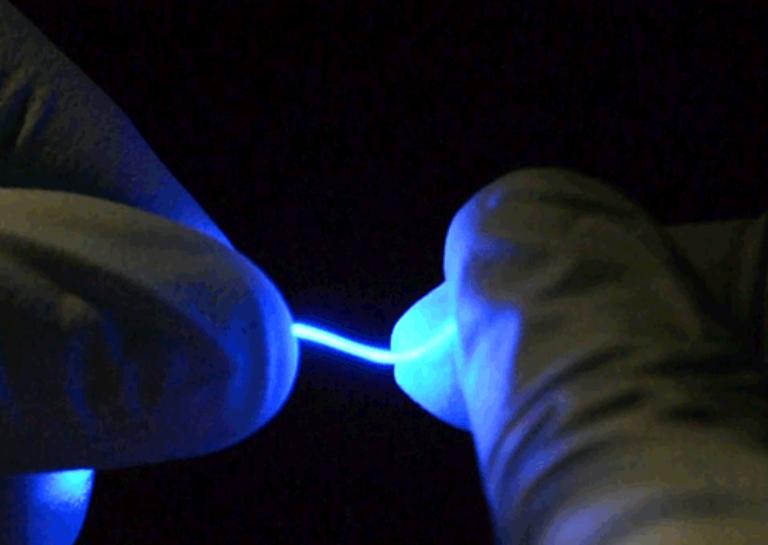 "You don’t even need to get into a ‘downward dog’ [yoga position] to have such changes," she said. "The goal was to mimic the stretchiness and softness and flexibility of the spinal cord. You can match the stretchiness with a rubber. But drawing rubber is difficult — most of them just melt."

The team settled on a newly created transparent elastomer. It could both transmit optical waves and, with some adjustments, send electrical signals. The researchers coated the rubbery substance in a mesh of nanowires, giving it conductive properties. Anikeeva and her team report that the fiber can stretch up to double that of a traditional cord fiber -- between 20 to 30 percent.

"They're so floppy, you could use them to do sutures and deliver light at the same time," she noted.

The researchers successfully tested the fibers on mice, restoring mobility to 'normal.' They want to scale the research up to larger mammals. Larger animals mean larger nerve fibers, and thus, sturdier rubber strands. However, this could also mean the team has to redesign the balance between flexibility and strength for each progressively larger animal. There's also no preexisting technology off which the team can bounce its theories.

"We’re the first to develop something that enables simultaneous electrical recording and optical stimulation in the spinal cords of freely moving mice," Lu said. "So we hope our work opens up new avenues for neuroscience research."

This isn't Anikeeva's first experience with leading a neuro-engineering team. Last month, the Career Development Professor and graduate student Seongjiun Park helped a team create a fiber small enough to mimic brain activity. The brain fibers have both softness and flexibility, similar to the thicker spinal cord fibers. They are also just 200 micrometers across. The earlier project also successfully transmitted optical, electrical, and chemical signals between the brain and the rest of the body.